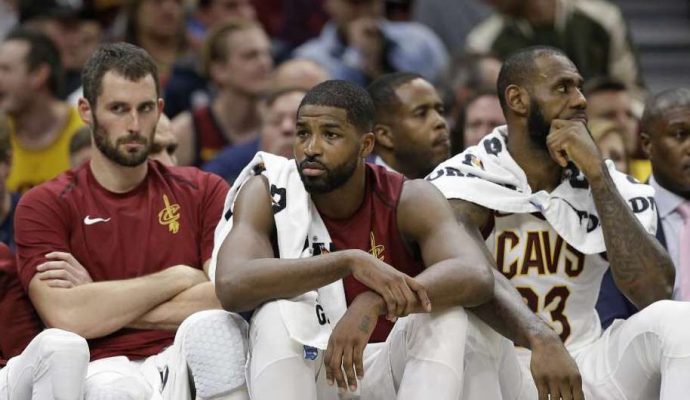 Just one day after it was announced that J.R. Smith would be moved from backup to starting shooting guard, head coach Tyronn Lue has decided to move LeBron James to point guard and Tristan Thompson to the starting center spot for the Cavs’ upcoming matchup against the Chicago Bulls.

ESPN’s Dave McMenamin reported that the decision to start Thompson was to compete with Bulls center Robin Lopez.

“Tyronn Lue is starting LeBron James at point guard tonight alongside JR Smith in the backcourt and Jae Crowder, Kevin Love and Tristan Thompson in the front court,” McMenamin wrote. “Lue says the decision is fueled in part by ‘big’ Robin Lopez in the Bulls lineup.”

This will be a fascinating lineup to watch operate together on the court. Love was playing well in the starting center slot, so it will be worth keeping an eye on how he performs as he returns to the power forward position.

As for James, the four-time NBA MVP brings size and power rarely seen at the point guard position and will shine a light with his incredible versatility. With point guard Derrick Rose still nursing an ankle injury he sustained last week, and José Calderón underperforming in his absence, it will be interesting to see who serves as James’ backup as the Cavs look to move to 3-1 on the young season.