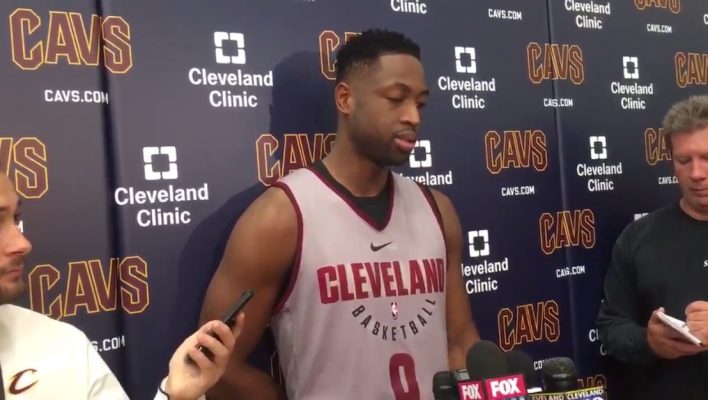 The early-season struggles of Cleveland Cavaliers shooting guard Dwyane Wade have been frustrating for the 15-year veteran as he seeks to determine his role on the team. As a result, Cavs head coach Tyronn Lue indicated on Monday that Wade had asked him to come off the bench, which will result in J.R. Smith returning to the starting lineup.

Dwyane Wade said that he felt it was time for him to come off the bench and run the second unit. Basically said, why wait? #Cavs pic.twitter.com/V9BPsZgrxZ

In the team’s three games this season, the 35-year-old Wade has averaged just 5.6 points and 3.3 assists per game. Even more alarming has been his 28 percent field-goal percentage on 7-of-25 shooting from the field and his 33.3 percent shooting from beyond the three-point line.

Prior to the start of this season, Smith had started 157 of the 167 regular season games he’s played with the Cavs after being acquired along with Iman Shumpert in January 2015. In his three games this year, Smith has hit on 54.5 percent of his two-point field goal attempts, but has struggled from long-range. In the latter area, he’s hit just 2-of-13 for a success rate of just 15.4 percent.

Smith’s first start will come on Tuesday night against Wade’s most recent team, the Chicago Bulls. Tipoff will be just after 7 p.m. ET.