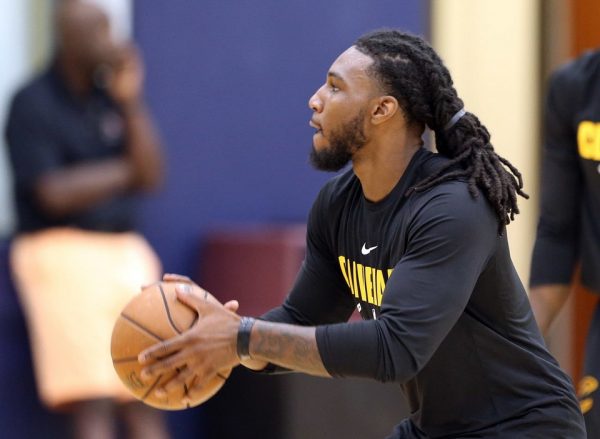 The expected lineup changes that Cleveland Cavaliers head coach Tyronn Lue was in the process of making are now becoming clearer as the official start of preseason games begins this week. The new lineup will have one of the Cavaliers’ newest offseason additions, Jae Crowder, inserted at power forward and Kevin Love at center, with Tristan Thompson now set to come off the bench.

Jason Lloyd of The Athletic detailed the changes and noted the reasoning behind them:

“Love’s range will pose matchup problems for a number of centers across the league, while moving Crowder into a starting role will improve the defense and allow the Cavs to switch most pick-and-rolls defensively.”

Lloyd also indicated that Thompson has no problem with the changes, which will give Cleveland another strong three-point shooter in Crowder. Last season, Crowder connected on 39.8 percent of his 394 shots from beyond the three-point line.

Cleveland’s changes in the backcourt could also completely reshape the starting lineup. That’s because the present plan consists of free agent signee Derrick Rose starting at point guard and veteran Dwyane Wade potentially starting alongside of Rose at shooting guard.

Lue is expected to have a 10-man rotation for the early portion of the 2017-18 regular season, but Lloyd indicates it will come at the expense of two veterans.

“Not included in that are veterans Channing Frye and Richard Jefferson. Neither is expected to be in the early-season rotation, which might place Jefferson’s roster spot in jeopardy.”

Simply releasing Jefferson isn’t something that will benefit the Cavaliers because of salary-cap implications:

“Now that they are classified as ‘repeat offenders’ of the NBA’s luxury tax, that small ($2.5 million) contract will still cost the Cavs about $10.5 million in taxes if he is released, according to The Athletic salary cap expert Danny Leroux.”

Trading Jefferson or another veteran would eliminate that additional expense and alleviate the current roster logjam, with nine different teams considered to be a potential trading partners for general manager Koby Altman, according to Lloyd:

“The teams most likely to work with the Cavs on a deal include Atlanta, Brooklyn, Dallas, Indiana, Phoenix, Sacramento, Chicago, Memphis and Milwaukee.”

The Cavaliers begin their exhibition season with a home game on Wednesday against the Atlanta Hawks that gets underway just after  7 p.m. ET.