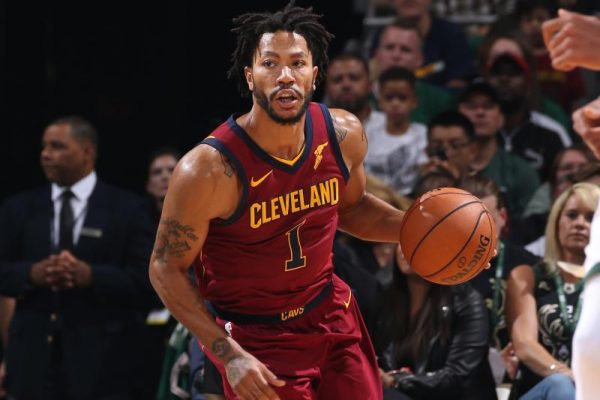 The Cleveland Cavaliers‘ fan base held its collective breath on Friday night when point guard Derrick Rose went down with an ankle injury in a game against the Milwaukee Bucks. On Saturday, however, Rose himself told reporters that the injury isn’t anything to be too worried about.

“It’s a mild sprain, nothing too serious,” Rose said on Saturday. “Been getting lot of treatment since this morning, actually (Friday) night. They’re staying on top of it. Like I said, I just don’t want to lose my conditioning because I feel like I’m in great shape right now.”

The three-time NBA All-Star sustained the injury in Friday’s game when Bucks center Greg Monroe grabbed Rose as he drove to the basket early in the fourth quarter. Monroe’s aggressive move was ruled a common foul after in-game review, but the NBA later upgraded it to a flagrant foul 1. Rose voiced his appreciation upon hearing the change.

“Always good to hear that,” Rose said. “Just shows that they’re paying attention to what’s going on. Even though I would’ve wanted it in the game yesterday and for the team, it totally feels justified.”

While the injury may be somewhat of a nuisance for Rose, it pales in comparison to the several catastrophic injuries he has come back from in his career. In the 2011-12 season, Rose tore his ACL in the first round of the playoffs and following a year absence, Rose tore his meniscus in the 2013-14 season. Rose’s 2016-17 season was cut short by five games after tearing cartilage in his left knee, but he was able to return to full health over the summer.

So far this season, Rose has averaged 13.0 points, 3.0 rebounds, and 1.5 blocks. While he is certainly eager to get back onto the court, the Chicago native told reporters that he isn’t going to rush his recovery.

“If it don’t feel well Tuesday, I’m just going to be patient with it,” he said. “Let it really heal before I get back on the court.”

Rose has offered a spark for the Cavs early in the season. He may not possess the same explosiveness he had earlier in his career, but his ability to get to the basket is still highly impressive. The Cavs missed the former NBA MVP’s playmaking ability on Saturday when they lost to the Orlando Magic 114-93. They hope Rose will be healthy enough to take the court this coming Tuesday when they face off against Rose’s former team in the Chicago Bulls.