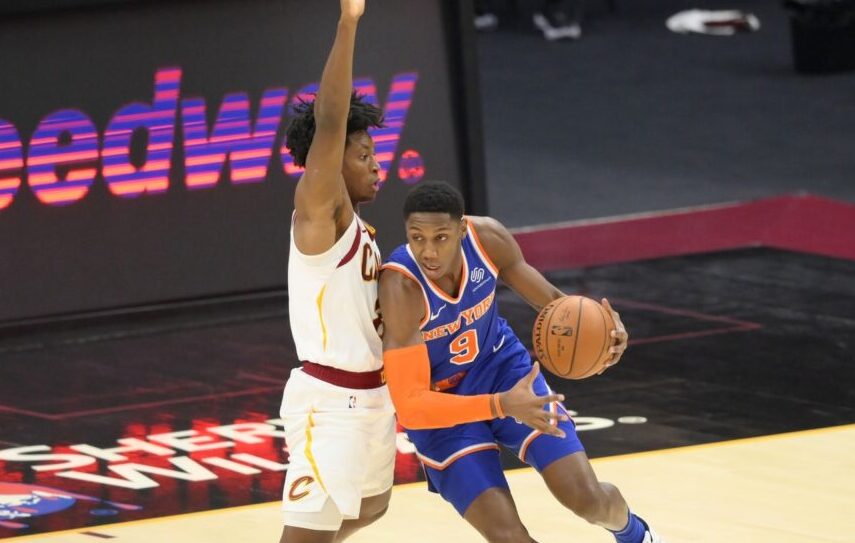 The Cleveland Cavaliers suffered their first loss of the season to the New York Knicks on Tuesday.

However, Cavs rising star Collin Sexton explained why he was actually thrilled after the 95-86 loss.

“I felt like if it was last year, or the year before, and we was missing this many shots, we probably would have lost by 20, 25, 30,” Sexton said. “But tonight we just continued to fight, we continued to play hard, we continued to scrap. We’re definitely growing. I can see the growth just because I’ve been here three years now. I know what type of team we have. And I have never played with a team yet like this. I’m excited.”

Sexton, 21, has been emerging as a core leader for the rebuilding Cavs.

Surely, the guard is motivating the team by producing on the floor. In fact, he’s averaging a career-high 25.3 points, 3.8 assists and 1.3 steals per game this season.

During Tuesday’s loss to the Knicks, Sexton put up a team-high 20 points in 41 minutes of action. The Knicks’ Julius Randle thumped the Cavs with 28 points, 12 boards and 11 assists in 44 minutes of playing time.

The Cavs finished last season with the worst record in the Eastern Conference. Many of those losses included blowouts.

Now, the Cavs are showing fight and resolve. They a hold a 3-1 record this season.