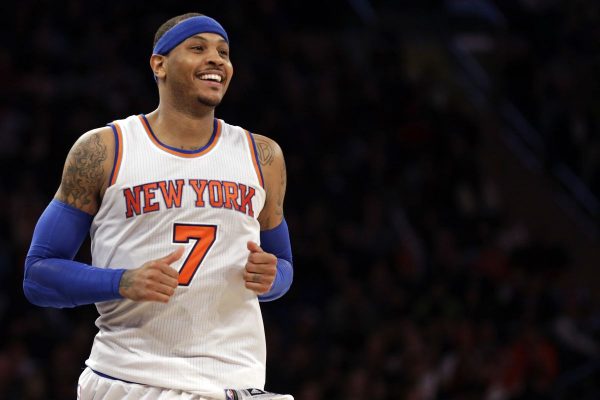 Just one day after reports of Carmelo Anthony adding the Cleveland Cavaliers to a list of teams he’d waive his no-trade clause for, the former New York Knicks star has been shipped to the Oklahoma City Thunder.

According to ESPN’s Adrian Wojnarowski, the Thunder are sending Enes Kanter, Doug McDermott, and a future draft pick in return for the 10-time NBA All-Star.

New York has agreed to a deal to send Carmelo Anthony to OKC for Enes Kanter, Doug McDermott and a draft pick, league sources tell ESPN.

On Friday, Wojnarowski reported on ESPN that the Cavs and Knicks had discussed the possibility of sending Anthony to Cleveland, but that no trade ideas had been exchanged. It seems that the Thunder were able to strike at the right time and have added another star to their talented roster featuring defending NBA MVP Russell Westbrook and former Indiana Pacers star Paul George.

It always seemed like a long shot that Anthony would actually end up on the Cavaliers, but it appears that the dream is officially over.