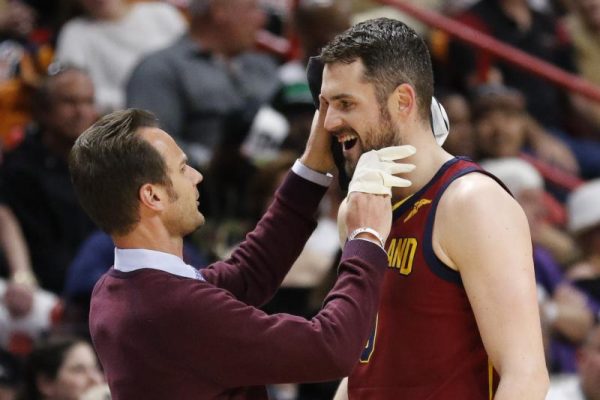 Kevin Love had been playing in just his fifth game back from over a month-long absence due to injury on Tuesday night. However, that return was cut short when the All-Star big man took an elbow to the face early in the first quarter and was forced to exit the game due to a dislodged front tooth.

While the unwanted dental work was bad enough, the Cleveland Cavaliers have revealed even more troubling news regarding Love’s most recent injury:

“Following Tuesday night’s front tooth subluxation in the first quarter and subsequently experiencing concussion-like symptoms at halftime and not returning to play, Cavaliers forward Kevin Love received additional evaluation Wednesday morning and has been placed in the NBA concussion protocol. He is OUT for Wednesday’s game in Charlotte vs. the Hornets and his status will be updated as appropriate.”

Losing Love yet again is quite the blow to a Cavs team that is looking to integrate all its parts for the first time in a long time. Before Tuesday night’s loss, the Cavs had not lost a game since Love’s return, and the veteran center had been averaging 20.25 points, 10.0 rebounds, and 3.5 assists per game.