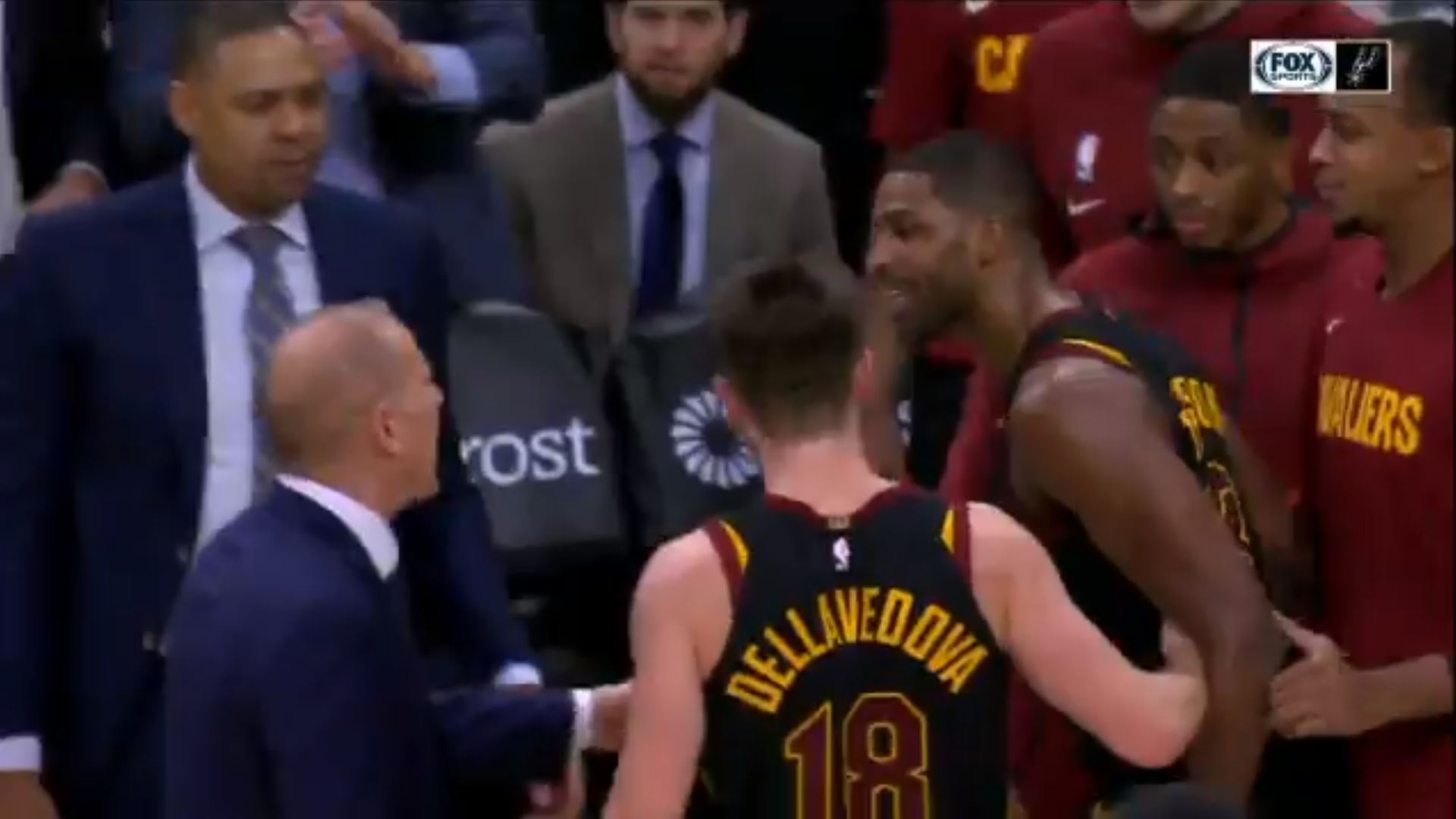 John Beilein seems to be on the verge of losing the Cleveland Cavaliers’ locker room, and signs of that were quite apparent in Thursday night’s game versus the San Antonio Spurs.

Late in the third quarter, point guard Matthew Dellavedova had to hold back Tristan Thompson as he yelled at a nearby Beilein.

Looks like Tristan Thompson and John Beilein are getting along great pic.twitter.com/fNoPK6ghaj

Earlier this week, Thompson expressed strong defense for Beilein. He told reporters that he would “pull up” on the unnamed players who had criticized Beilein. Now, it looks like Thompson might want to pull up on his own head coach more than anyone else in the organization.

With the trade deadline approaching, Thompson is one of the many Cavs players who might be headed to a new team soon.

While it would be sad to see the longest current tenured Cavs player go, it’s becoming clear that the current situation simply may not be tenable for much longer.