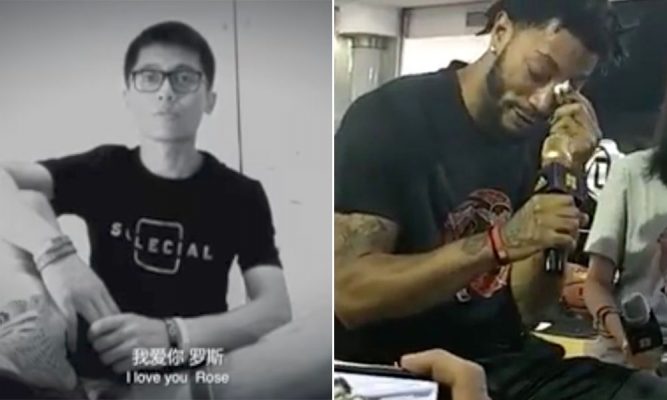 One of the Cleveland Cavaliers‘ offseason additions, Derrick Rose, has certainly seen his ups and downs in the NBA. Since becoming the NBA’s MVP in the 2010-11 season, Rose has battled back from multiple injuries and has seen his status as a star in the league gradually dissipate. Perhaps that explains why Rose was moved to tears when he saw a video of his Chinese fans pledging their unconditional support and love to the point guard.

Rose’s heartwarming reaction was caught on video and posted to social media.

Rose was reportedly brought to Cleveland to serve in a supporting role, but with newly acquired point guard Isaiah Thomas‘ health still very much in question, Rose will likely serve as the Cavs’ starting point guard to begin the 2017-18 season. He’ll surely draw on his fan’s devotion, as he works to prove that he still has years of high-level basketball ahead of him.