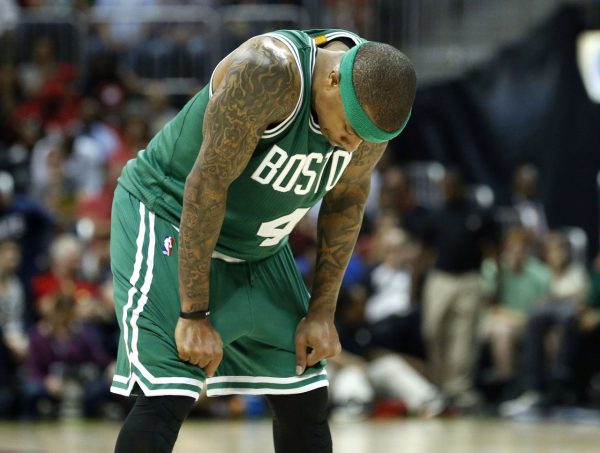 The now-uncertain trade between the Cleveland Cavaliers and Boston Celtics involving Kyrie Irving and Isaiah Thomas has reached a point where the two teams will discuss the status of the trade in a Saturday telephone call.

The conversation could conceivably lead to either a dramatic change in the players dealt or having the blockbuster deal voided, according to ESPN’s Adrian Wojnarowski:

The main issue pertains to the physical conducted on Thomas by the Cavaliers on Friday. Wojnarowski gave a hint of the heightened drama with a brief comment from a source:

Wojnarowski also indicated the original prescribed regimen by Boston doctors was rest and rehabilitation, not surgery. However, the problem appears to be more serious than first thought:

“Thomas has been rehabilitating a hip injury that ended his season in the Eastern Conference finals, and sources have told ESPN that the All-Star guard has yet to begin a regimen of running this offseason.”

Irving is taking his physical in Boston today, with the Cavs having until 10 a.m. on Thursday to accept the results of the physical and the trade itself. If they choose to reject the trade, they’ll have to begin looking elsewhere to deal Irving, who’s already indicated that he wouldn’t report to the Cavaliers training camp if he’s still a member of the team.