Cleveland Cavaliers vs. Houston Rockets Game Recap: Houston, We Have a Problem 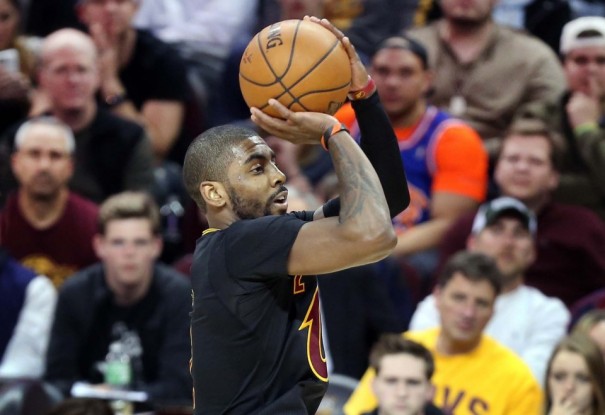 (Cleveland, OH) – A fourth quarter collapse by the Cleveland Cavaliers resulted in a crushing 106-100 loss to the Houston Rockets on Tuesday night at Quicken Loans Arena.

Cleveland led by as many as 20 in the first half, but was outscored 35-16 in the final quarter as they watched Houston methodically chip away at their huge lead.

“They made their push in the third quarter and a lot of great shots we had then kind of went in an out,” Kyrie Irving said after the contest. “A few plays that didn’t go our way cemented them getting back into the game.”

The Cavaliers led 91-83 with 6:36 to play, but missed eight consecutive shots over nearly four minutes while Houston scored 11 unanswered points. A short time later, Irving’s three-pointer with 90 seconds left put the Cavs within one at 98-97, but a missed Tristan Thompson layup with 39.1 seconds that would have given them the lead turned into a Rocket three-pointer by Trevor Ariza with 17.1 seconds left. That effectively put the game away, with the key player during the entire fourth quarter being James Harden, who collected 18 of his 27 points for Houston during the final 12 minutes.

“I told them that this team wasn’t going to give up. Give them credit, they took it to us,” remarked Cavaliers head coach Tyronn Lue. “In the fourth quarter, they got stops and we couldn’t make shots.”

Irving led all scorers with 31 points and added eight assists, while Thompson and Kevin Love each finished with double-doubles. Thompson scored 16 and grabbed 10 rebounds, while Love tallied 13 and hauled down 11 boards.

“They got into a great rhythm and we didn’t get the stops we needed,” Love said. “We weren’t as aggressive as we were during the first half.”

Iman Shumpert and James Jones scored 11 and 10 respectively to round out the double-figure scorers for Cleveland, who was playing without LeBron James.

After missing 14-of-20 field-goal attempts to start the game, the Cavaliers went on a 43-16 run that was ignited by Jones. He connected while being fouled on a three-point play from the left corner with 11.2 seconds left in the opening period and then converted the free throw to close out an 8-2 run. That sliced the deficit to 26-24 at the end of the quarter, but Cleveland was only getting started

The Cavs then kept up the pressure throughout the second quarter, outscoring the Rockets 35-14 and holding the Rockets to just 28 percent field-goal shooting. A 19-4 run over the final seven minutes of the first half helped Cleveland take a 59-40 advantage into the halftime locker room, but the game turned out to be two quarters too long.

“We allowed them to take us away from what we had been doing,” Irving said.

The Cavaliers return to action on Thursday night and will be looking for revenge as they host the Brooklyn Nets in a game that will tip off just after 7 p.m. ET.