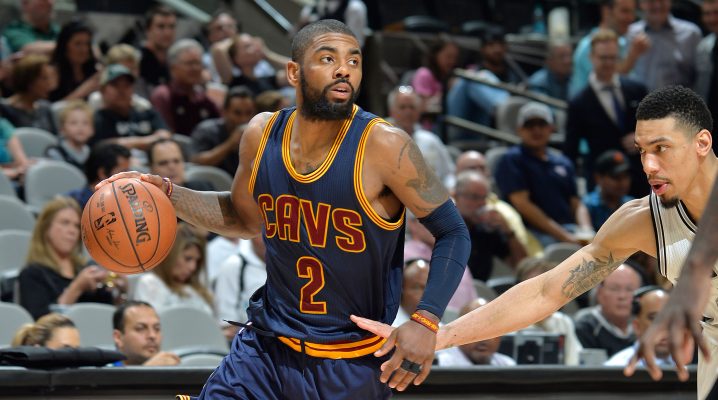 Since Kyrie Irving gave the Cleveland Cavaliers his list of preferred destinations in any potential trade, some teams have worried that if they were to trade for the young All-Star, he may not remain a member of their team past his current contract. For the San Antonio Spurs, however, that doesn’t seem to be a concern.

According to ESPN‘s Adrian Wojnarowski, Irving would be willing to commit to an extension if he were to be traded to the Spurs:

“If the Cavaliers knew they had (LeBron) James committed, for example, San Antonio could emerge as a more intriguing trade partner. The Spurs have interest in Irving, league sources say, and Irving’s willingness to commit to an extension with the Spurs makes for legitimate win-now deal possibilities for Cleveland. Without James beyond next season, though, the likes of LaMarcus Aldridge, Tony Parker and Danny Green hold no appeal.”

While players like Aldridge, Parker, and Green could play formidable roles on a team centered around James, without a guarantee that James will remain a member of the Cavs past next offseason when he becomes a free agent, the veteran players the Spurs could offer are not enough value for the Cavs to part ways with a player like Irving.

The Cavs’ offseason has been turbulent from the very start and it shows no sign of stopping anytime soon. While James and Irving have given the Cavaliers three of the best seasons in franchise history, the Cavs now continue to find themselves in tough spots thanks to their two most talented players.