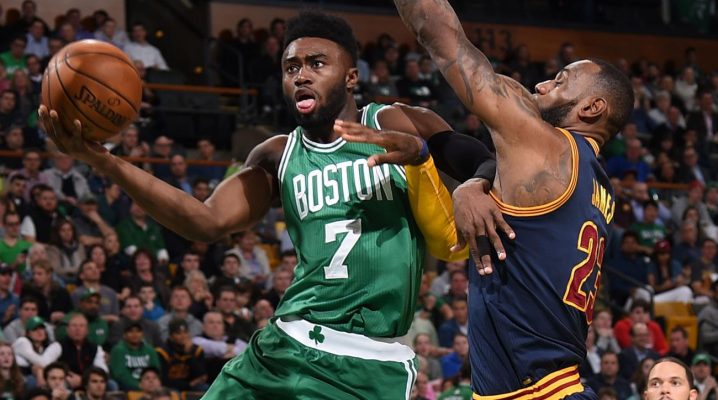 According to ESPN’s Adrian Wojnarowski, the Cleveland Cavaliers are targeting two additional young players from the Boston Celtics after a physical exam of Isaiah Thomas’ hip revealed that the point guard’s injury was worse than expected:

“Now, Cleveland is going to try to inquire about a couple of the Celtics’ young players, Jaylen Brown, Jayson Tatum, who they tried to get in the original trade, that is very unlikely. But Boston still has a war chest of future first-round picks of their own, and some picks they control from other teams, and Cleveland is going to try to get one more of those to finalize this deal.”

The original trade had the Cavs sending point guard Kyrie Irving to the Celtics in exchange for Isaiah Thomas, Jae Crowder, Ante Zizic, and Brooklyn’s 2018 first-round draft pick. However, after Thomas’ physical revealed the extent of his injury, the Cavs are seeking more than the originally proposed package.

Wojnarowski also cautioned that the Celtics will “resist” the idea of throwing in another asset to appease the Cavs, however, with Thomas reportedly “hurt” by his trade and Irving unwilling to report to Cleveland’s training camp, something will eventually will have to give.

Let’s just hope that it’s Boston that finally gives in.