Report: NBA Insider Reveals What He Expects LeBron James to Do Next Summer 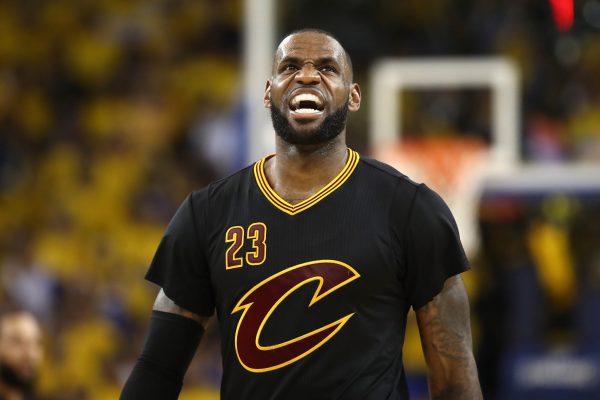 As Kyrie Irving continues to dominate the NBA headlines, the Cleveland Cavaliers have not forgotten about another anxiety-inducing drama that will be staring at them in the near future — LeBron James‘ pending 2018 free-agency decision.

Luckily, Sam Amico of AmicoHoops.net, one of the more trusted NBA insiders around, has some insight into what James may do next offseason when his current contract expires.

Amico broke down what the Cavs are looking to gain out of a trade for Irving, and amidst those rumors dropped a small bit of James-related insight.

“The Cavs really want that first-round pick because they don’t have a lot of draft picks and they’ve got to start growing organically through the draft and not rely on free agency so much. So, simply because they just don’t have the spending money, I particularly expect LeBron James to re-up next summer. They’re still not gonna have enough spending money in free agency if that happens.”

While Irving’s trade demands have likely caused many of the Cavs faithful to suffer through some sleepless nights as of late, Amico’s prediction regarding James’ future in Cleveland should bring some much-needed optimism.