Report: LeBron Committed to Cavs, Hopeful to Remain in Cleveland for Rest of Career 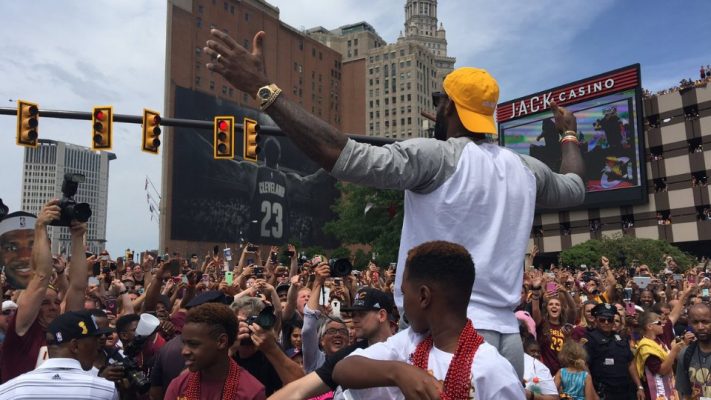 The current NBA offseason certainly has not gone how LeBron James hoped it would. Instead of gaining another star to help win another NBA title, it looks like the Cleveland Cavaliers are on the verge of losing Kyrie Irving after his shocking trade demand surfaced last week. While the rumors involving James leaving Cleveland after the upcoming season have continued to fester, James’ resolve to bring more rings to The Land have reportedly remained strong.

According to Sam Amico of AmicoHoops.net, sources close to the situation have stated that James remains committed to winning in Cleveland:

“Sources confirmed all of this to Amico Hoops, adding that James has no plans to waver in his commitment to the franchise, and is hopeful it works out that he’s in Cleveland for the rest of his career.”

Amico added that no decision has been been made on James’ upcoming 2018 free agency, but it appears that his ultimate decision will be based on how the upcoming season plays out.

“His primary focus is next season, an entire season with the Cavs in pursuit of another championship,” he wrote.

If anything, this revelation should be added motivation for newly minted general manager Koby Altman to get the most talent as possible out of Irving’s trade request. If James sees a future of success in Cleveland, it seems he’d be more than happy to finish out his career in a city he calls home.