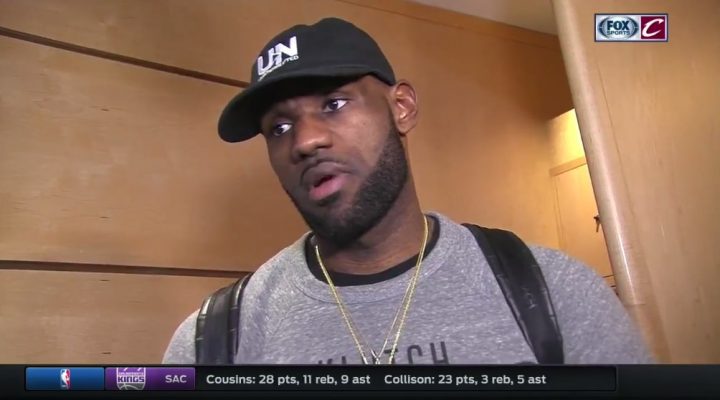 Struggles for the Cleveland Cavaliers on the court remain, and the rumors off of it aren’t of much concern right now to LeBron James. That was evident on Wednesday night from his lack of interest in talking about a report from earlier Wednesday about the Cavaliers acquiring his close friend, New York Knicks forward Carmelo Anthony.

During his postgame remarks, James was asked about his opinion on the trade rumors involving Anthony and teammate Kevin Love.

This is no time for soul searching or playing fantasy basketball.@KingJames knows exactly what the @cavs need to do. pic.twitter.com/0QxW5B6fsq

“I have no reaction. We’ve got 14 guys in here (and) we need to be ready every night,” James said. “We can’t play fantasy basketball, we’ve got who we’ve got and we’ve got to go out and play.”

James has spoken in the past of teaming up with Anthony at some point during the remainder of their careers. The two entered the NBA in 2003, when James was the top selection in that year’s draft, followed two spots later by Anthony’s selection by his original team, the Denver Nuggets.

Wednesday night’s 116-112  loss to the Sacramento Kings is the sixth in the last eight games for Cleveland, who hosts Brooklyn on Friday night, with tipoff set for just after 7:30 p.m.