Cavs News: LeBron James Will Not Waive No-Trade Clause Under Any Circumstance 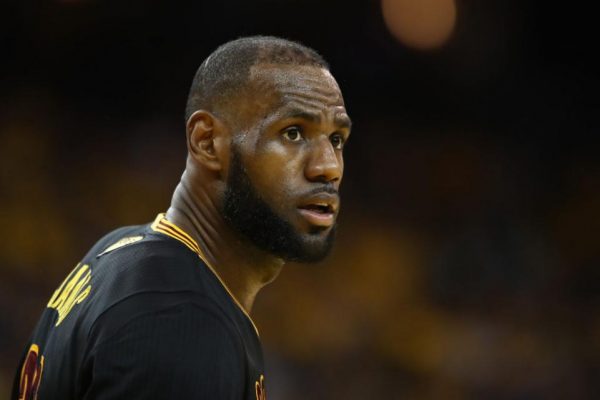 In a span of five weeks, the chaos that’s engulfed the Cleveland Cavaliers has led to changes in the front office and a dramatic trade request. Despite these circumstances, veteran forward LeBron James reportedly will not be waiving the no-trade clause that’s a part of his current contract.

ESPN’s Chris Haynes reports that James remains fully committed to the team for the upcoming year, despite all the recent turmoil that’s surrounded the franchise. The 14-year veteran is one of only three players in the NBA who has a no-trade clause. The others in this select group are his close friend, Carmelo Anthony of the New York Knicks, and Dirk Nowitzki of the Dallas Mavericks.

“The four-time MVP winner, according to sources, is focused solely on competing for a championship as a member of the Cavs and will fulfill his contractual obligations despite what unexpected circumstances may arise,” Haynes said.

The most recent bombshell came on Friday, when news about James’ current teammate, Kyrie Irving, asking for a trade became public. In making the request, Irving reportedly indicated that it was being done to escape from being in James’ shadow.

James could conceivably leave as a free agent after the upcoming season, though he does have a player option of $35.6 million with the Cavaliers for the 2018-19 campaign. Despite that uncertain future, there’s no question exactly which team he’ll be playing for in 2017-18.

“Sources are adamant that James is fully committed to leading the team with the personnel the organization imports to training camp in September. His primary focus is next season, an entire season with the Cavs in pursuit of another championship,” Haynes wrote.

Who the Cavaliers receive in return for Irving, along with other deals over the course of the season, will likely play a major role in what happens with James a year from now.