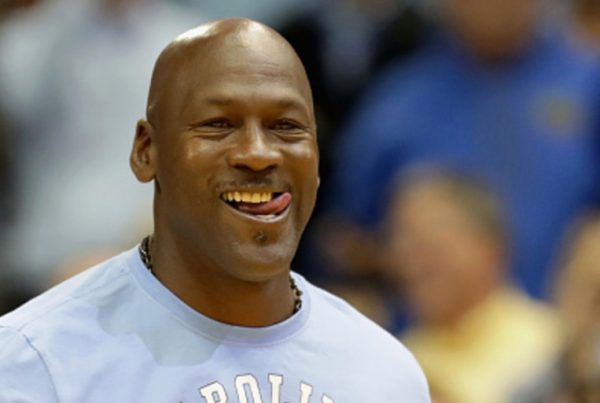 LeBron James has been chasing Michael Jordan‘s legacy since his first day in the NBA. Against all odds, James has lived up to those expectations and is now considered to be one of the league’s all-time greats. According to Jordan, however, there is one player who exceeds James in the NBA right now.

At a recent basketball camp, Jordan was asked whether San Antonio Spurs star Kawhi Leonard could score on himself, referencing his skill on both the offensive and defensive side of the ball. Jordan’s answer was high praise, but he seemed to forget one player when it comes to the best in the league.

See Jordan answer the question in his own words below.

EVEN THE ? KNOWS KAWHI IS A BEAST!!! Michael Jordan is asked if "Kawhi can score on Kawhi" during a Q&A with the kids at his camp. Great question. Here's his response………..#KawhiLeonard #MichaelJordan #GoSpursGo #SanAntonioSpurs

Leonard is undoubtedly one of the most tenacious players in the NBA and one of the few who can truly be compared to James in terms of on-the-court impact. However, when you consider James’ three NBA championships, four NBA MVP awards, and five NBA All-Defensive first-team selections, it seems hard to argue that he does not reign supreme as the best two-way player in the game today.

Jordan’s most recent comment marks the second time in as many days that he has seemingly questioned James’ greatness. Is it possible that Jordan, always the competitor, is beginning to worry about James possibly overcoming him as the best of all-time?