Report: Cavs Could Be Looking to Trade Key Asset With Possible Signing of Derrick Rose 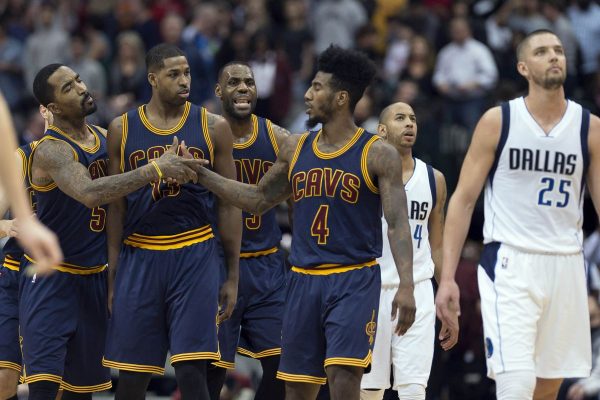 Reports that the Cleveland Cavaliers and free agent point guard Derrick Rose are in “serious talks” about a possible one-year deal could be the beginning of even more offseason moves for the Cavaliers.

According to AmicoHoops.net, Rose signing with Cleveland may be an indication that the Cavs are getting close to trading away Iman Shumpert or another player currently on the roster:

“The signing of Rose may mean the Cavs are nearing a trade to move reserve guard Iman Shumpert or another player, league sources told Amico Hoops.”

Last season, Rose averaged 18.0 points and 4.4 assists per game, while shooting an efficient 47.1 percent from the field. Even in reduced minutes, Rose’s productivity would make him the most valuable member off the Cavs’ bench. His signing would also lessen the need for a player like Shumpert, who struggled as a shooter last season, averaging only 7.5 points on 41.1 percent shooting.

This is not the first time Shumpert has been the topic of trade talks this offseason, as he was reportedly being shopped by the Cavaliers once free agency opened.

While there is little news as to where Shumpert, or any other player currently on the Cavs roster could end up, it is clear that the Cavaliers are looking to make a splash in an offseason that has been fairly quiet up to this point.