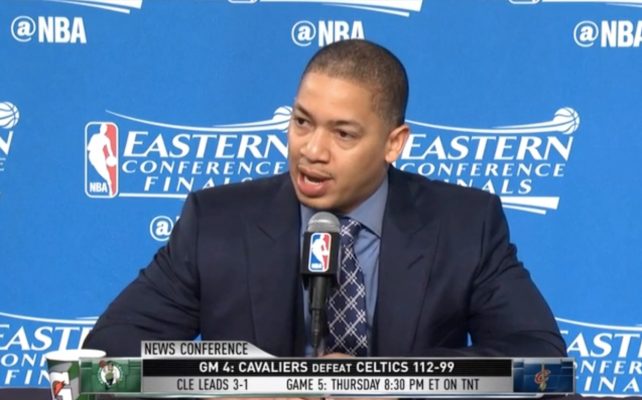 After the Cleveland Cavaliers shockingly lost Game 3 to the Boston Celtics on Sunday night, superstar LeBron James took quite a bit of heat for his underwhelming performance.

James finished the game with just 11 points on 4-of-13 shooting and was asked after the game by reporter Kenny Roda about his poor performance. That’s when James fired back at the Roda, saying that the reporter only seemed to ask questions when the team lost.

The King bounced back in a big way in Game 4 as he finished with 34 points, five rebounds and six assists, and after Tuesday night’s victory, head coach Tyronn Lue sarcastically mimicked James’ now-infamous quote, which got a laugh from Roda and several other reporters.