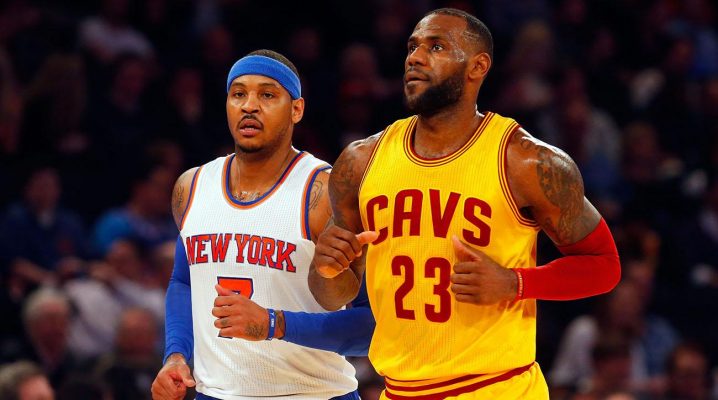 The start of NBA free agency is less than 12 hours away, with the Cleveland Cavaliers apparently targeting two specific players in the annual free-for-all. One of them, Kyle Korver, was a member of the 2016-17 squad, while the other, Carmelo Anthony of the New York Knicks, isn’t actually a free agent, though his time with the Knicks is likely to be on borrowed time.

Joe Vardon of Cleveland.com noted that the Milwaukee Bucks and New Orleans Pelicans are two teams that appear to be interested in Korver. However, Vardon noted that Korver has indicated that he’d like to return to the Cavaliers next season, though he’ll likely be asking for more than the $5.2 million he was paid last year.

Anthony’s situation is much more complicated, with a buyout of his current contract likely the only way that he would end up wearing a Cavaliers uniform. That would require the Knicks to pay Anthony close to the $54 million that he’s owed over the next two seasons, something that would presumably take place only as a last resort. Their preference is in finding a team that wants to trade for Anthony, something the Cavs apparently have no interest in doing.

Due to his close friendship with LeBron James, Anthony has indicated that the Cavaliers are one of two teams that he would consider signing with should he become a free agent. The other team is the Houston Rockets, who earlier this week acquired another close friend of his, point guard Chris Paul.

One other possible signing for Cleveland could be 2015 second-round selection, Cedi Osman, a forward from Turkey. Representatives for Osman have reportedly been in discussion with the Cavaliers, though the salary-cap issues involved may limit how much they can pay him. It’s possible Osman’s rights could also be used as a bargaining chip in a trade.

“Deron Williams, Derrick Williams, James Jones and Dahntay Jones could only come back on the taxpayer’s mid-level exception to the salary cap ($5.1 million) or on veteran’s minimum deals.”

While the Cavaliers can come to an agreement with any free agent, they won’t be able to officially sign any until next Thursday, July 6.