Report: Cavaliers Meet with Cedi Osman in Germany, High on His Potential 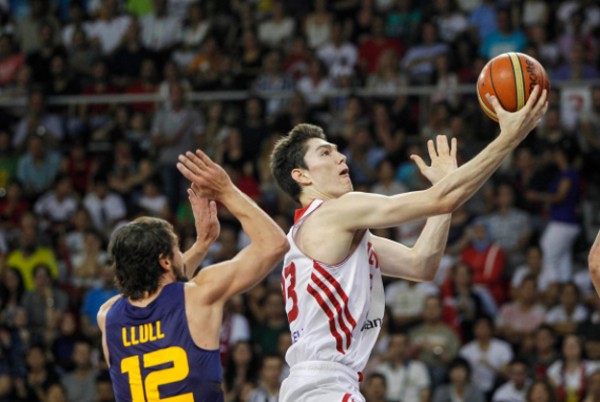 When the Cleveland Cavaliers drafted Turkish star Cedi Osman with the No. 31 overall pick in this year’s draft, it was with the expectation that he wouldn’t join the club for another few years.

That may not be the case after all.

International basketball reporter David Pick is hearing that Cleveland’s front office has met with Osman in Germany. Osman is currently playing for the Turkish national team at EuroBasket 2015.

The Turkish swingman is just 20 years old, but he has had an impressive performance at EuroBasket this year, as he’s averaged 12.3 points while shooting 52 percent from the field and 35.7 percent from beyond the arc. He also holds per game averages of 4.8 rebounds and 1.0 assist in 30 minutes per contest.

At the present moment, the Cavaliers have 13 guaranteed contracts for the 2015-16 season. Once Tristan Thompson signs a contract with Cleveland, that means 14 players are essentially guaranteed spots for the opening night roster.

Cleveland is stacked right now, and they don’t need Osman’s services at the current moment. However, if the second-round draft pick is eager to play in America right now for whatever reason, it’s hard to imagine the Cavaliers not offering him a contract for training camp.

If the swingman does join the Cavaliers this season, he will be competing with James Jones and Richard Jefferson for backup minutes behind LeBron James at small forward.