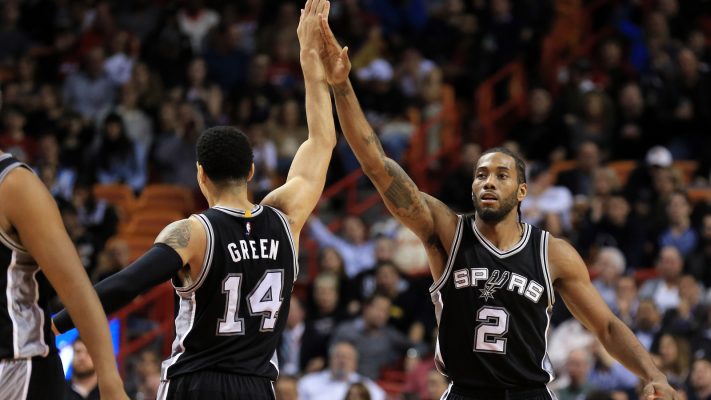 Although the trade talks involving Indiana’s Paul George and Chicago’s Jimmy Butler have stalled for the Cleveland Cavaliers, a new player’s name has recently surfaced.

According to Brian Windhorst of ESPN, the Cavs have been in discussions with the San Antonio Spurs regarding veteran shooting guard Danny Green.

The Cavs and Spurs have been in trade talks involving Danny Green, sources say. Spurs' asking price has been high, though.

Green may not be the high-profile player fans were hoping for, but his ability to knock down the long ball in addition to defending at a high level is exactly what the Cavs need to improve their roster.

The 6-foot-6 guard briefly played with LeBron James back in the 2009-10 season and averages nearly a block and a steal per game for his career.