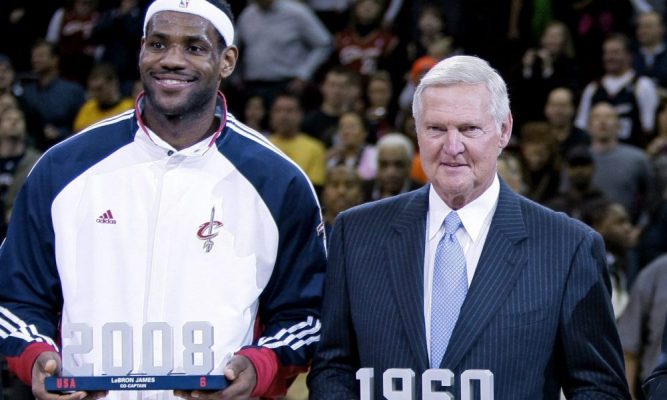 On Monday, the Los Angeles Clippers signed Jerry West to serve as a consultant for the team, a role he thrived in with the Golden State Warriors. The idea of hiring the 79-year-old legend is apparently due in part to the Clippers’ interest in luring LeBron James to the team after the 2017-18 season.

“According to two people with knowledge of the situation, West’s potential ability to improve the Clippers’ chances of landing the Cleveland Cavaliers star in free agency in the summer of 2018 was a significant factor in his hiring and in the willingness of owner Steve Ballmer to pay West between $4 and $5 million annually.”

The friendship that’s been forged between West and James is due in part to West being available for counsel to the 32-year-old superstar. One of the first instances, according to Amick, came just prior to James’ controversial free agent signing with the Miami Heat in 2010.

“When James made the controversial 2010 move to leave Cleveland and sign in Miami, he called West in confidence to discuss his choice,” Amick wrote.

Then, entering the 2016 Finals, James was criticized for having been on the losing end in four previous Finals. West was vocal in his defense of James, having endured his own 1-8 Finals record. The remarks came despite his status as a Warriors consultant, with Amick indicating that the support resulted in James dubbing West as “The Godfather.”

The fact that James already has a home in Los Angeles and one of his closest friends, Chris Paul, is still a member of the Clippers could serve as more incentive for James to opt out of his contract after next season. The status of Paul is currently in limbo, since he’s scheduled to become a free agent on July 1. However, the expectation is that he’ll return and then serve as yet another recruiting tool to lure James to Los Angeles.

The possibility of James finishing his career somewhere other than Cleveland has picked up speed since team owner Dan Gilbert chose not to renew the contract of general manager David Griffin on Monday. James publicly supported the signing of Griffin to a new deal, has an icy relationship with Gilbert and was given no advance warning of the dramatic front office changes. All of those combined factors could make James look elsewhere after next season.