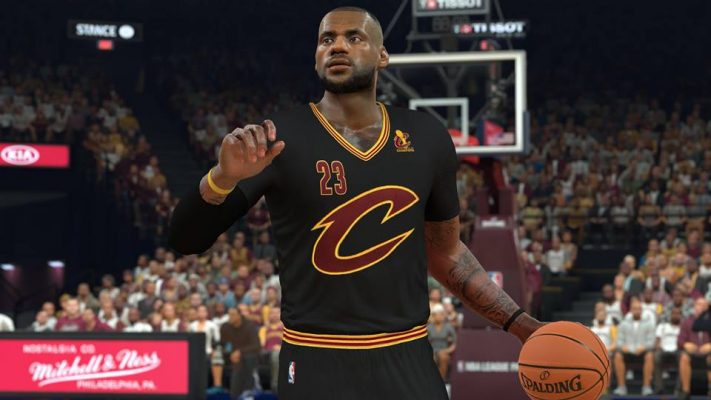 With the 2016-17 NBA regular season over with, the popular video game NBA 2K17 updated its player ratings just in time for this year’s NBA playoffs.

Among the list, Cleveland Cavaliers All-Stars LeBron James, Kyrie Irving and Kevin Love are featured along with several other Cavs players.

A HUGE #NBA2K17 roster update went live this morning! Every player in the league had attributes updated in this morning’s update! pic.twitter.com/ok5UBnG9Ut

James, 32, earned the top overall spot in the league with a rating of 97. The three-time champion closed the regular season averaging 26.4 points in addition to a career-high 8.7 assists and 8.6 rebounds a game.

Irving, who increased his scoring from 19.6 points last season to 25.2 points a game this season, got a ranking of 90 and tied fourth among point guards with John Wall, Isaiah Thomas and Damian Lillard.

Love, who had his best season since becoming a member of the Cavs, finished with a rating of 87, tied third with LaMarcus Aldridge in the power forward department. Last season, the big man was ranked 84 but a strong season with averages of 19.0 points and 11.1 rebounds a game has helped boost the All-Star’s position.

Apart from the Cavs’ Big 3, no other player on the roster made the top 10 in any of the positional categories.

The defending champs continue their first round matchup with the Indiana Pacers on Thursday at 7 p.m. E/T at Bankers Life Fieldhouse.