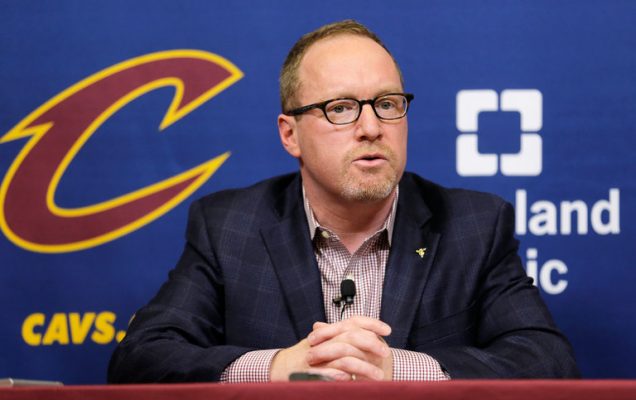 After acting for more than three years as general manager for the Cleveland Cavaliers, it appears that David Griffin will no longer be a part of the organization, according to Brian Windhorst of ESPN.

“I think we have a great core and a great future,” said Cavs owner Dan Gilbert after the Warriors knocked his team off in five games in the 2017 NBA Finals.

Griffin oversaw a $128 million payroll in the 2016-17 season and made some timely mid-season acquisitions, given with what he had to work with. Nonetheless, it seems Gilbert and Griffin just couldn’t agree on the future.

Perhaps Griffin wanted to make some big overhaul-type changes to the roster, while Gilbert seems content on keeping a majority of the roster intact.

Morever, it seems that former Detroit Pistons point guard Chauncey Billups has emerged as a candidate to replace Griffin as the team’s GM.

Stay tuned as we will be posting more details on CavaliersNation.com shortly.