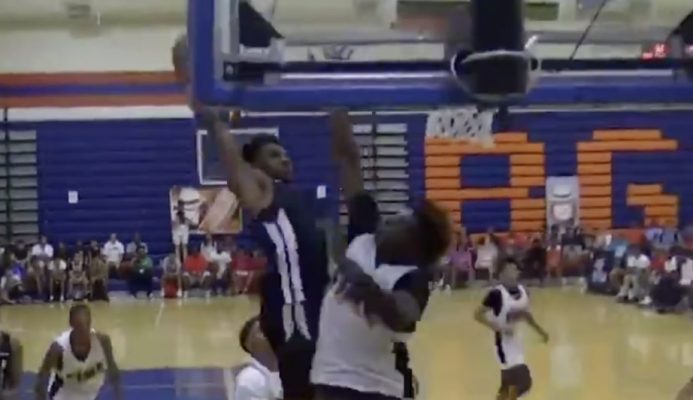 LeBron James Jr. is starting to look more and more like his father with each passing day. In a recent video, James was seen attempting a truly impressive dunk in which he nearly posterized a defender.

?Getting closer and closer ladies and gentlemen? Be aware, be very aware!! Just hope it’s not you on the other end of a poster. Coming to a city near you. ? ??? #JamesGang? #ThekidfromAKRON?? @bronny #repost @slam_hs

Former Cleveland Cavaliers star J.R. Smith couldn’t help but react enthusiastically when he saw the dunk on James’ father’s Instagram feed. Smith not only reacted to James’ brother Bryce’s reaction to the dunk attempt, but also expressed his belief that James is ready to take his game to the next level. 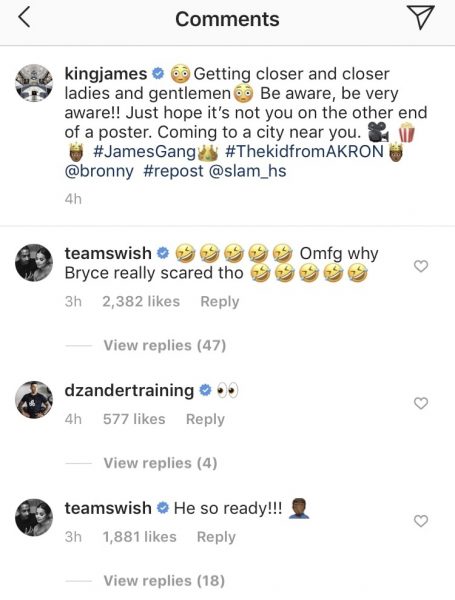 At just 14 years old, James is already turning heads in the basketball world. This video makes it clear that it’s not just because of his pedigree, but also because of the real talent he is displaying game in and game out.

With his high school career on the cusp of getting started, it will be fascinating to see just how high the ceiling is for this budding star.