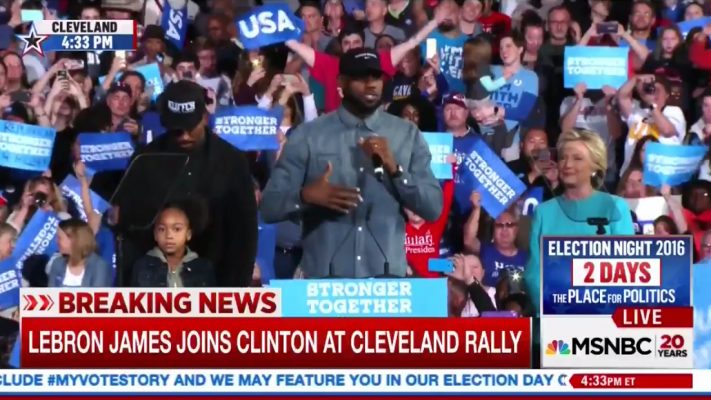 The four-time MVP introduced Democratic nominee Hillary Clinton on Sunday at a rally in Cleveland alongside Cleveland Cavaliers teammate Smith.

Here is LeBron introducing Hillary: "We have to get out and make sure we vote" pic.twitter.com/LUuSuKRdlx

James formally endorsed Clinton last month in an article on Business Insider and reiterated the reasoning for his support on Sunday.

“Only one person running truly understands the struggles of an Akron child born into poverty,” James said. “And when I think about the kinds of policies and ideas the kids in my foundation need from our government, the choice is clear. That candidate is Hillary Clinton.”

James added, “I support Hillary because she will build on the legacy of my good friend, President Barack Obama.”