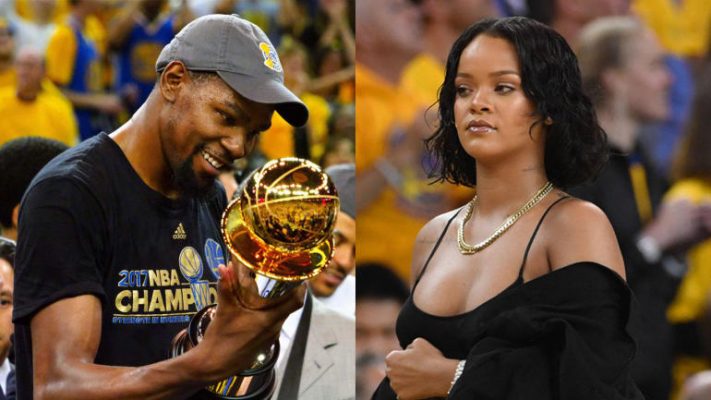 Even after Golden State Warriors forward Kevin Durant won NBA Finals MVP honors and removed the stigma of never having been on a championship team before, criticism about his decision to join the Warriors as a free agent last year still lingers. The most recent instance of this comes from singer Rihanna, a huge LeBron James fan, who offered a blunt analogy to that move. 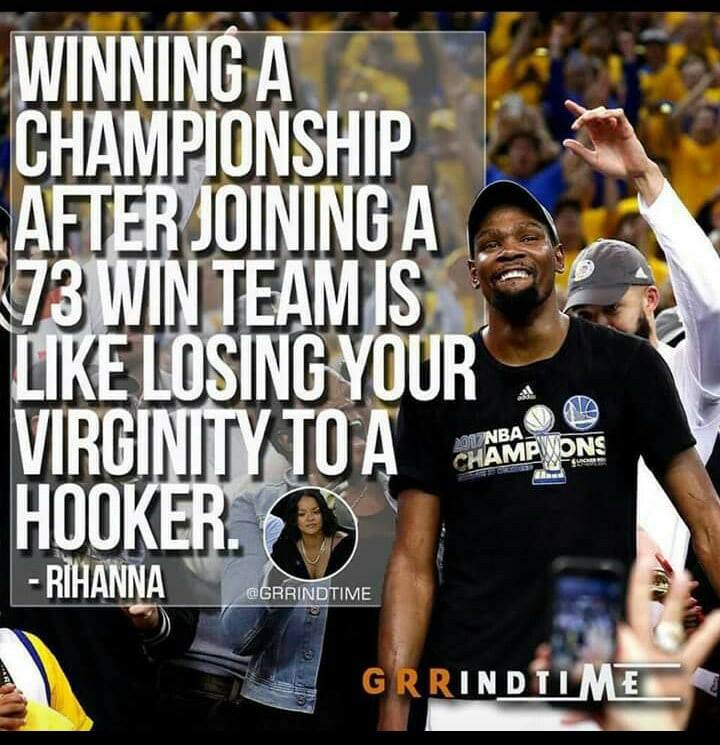 Despite that record-setting 73-win regular season in 2016, the Warriors watched the Cleveland Cavaliers and James become the first team ever to come back from a 3-1 Finals deficit. That sparked Golden State’s push to sign Durant, who decided to leave his original team, the Oklahoma City Thunder.

The interaction between Durant and Rihanna first began during Game 1 of the 2017 Finals, when Rihanna heckled Durant during a free-throw attempt. That was followed by a staredown from Durant after hitting a late 3-pointer. After that contest, she stood behind her allegiance to King James, saying, “The King was still the King b—-.”

Earlier in Durant’s career, the singer was very much on his mind when it came to Twitter:

That girl @rihanna RT @AyeDerBaba94: @KDTrey5 So my question is… If you could marry any girl who would it be?? RT

Somebody get @Rihanna to wish me a happy birthday and I'll be good..ya understand

The Warriors and Cavaliers became the first two teams to ever face each other in the Finals in three consecutive years and are the very early favorites to do it again in 2018. That, along with the teams’ two regular season meetings, will offer Rihanna the opportunity to again cheer for James while she jaws with Durant.