Don't Miss
Home / Videos / Video: Rihanna With the NSFW Clap Back at Warriors Fans After Game 1

Video: Rihanna With the NSFW Clap Back at Warriors Fans After Game 1 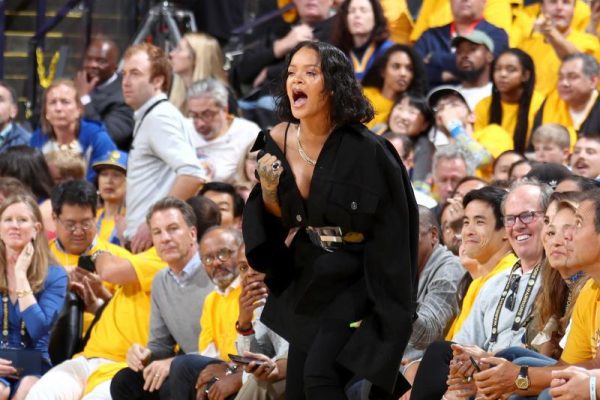 If you didn’t know already, R&B singer Rihanna is a huge LeBron James fan and was at Oracle Arena for the Cleveland Cavaliers‘ Game 1 matchup against the Golden State Warriors on Thursday night.

Unfortunately for Rihanna and Cavs fans, the Cavs lost handily to the Warriors, 113-90, in the opening game of the NBA Finals and apparently some fans had a few words for Rihanna after the game in Oakland.