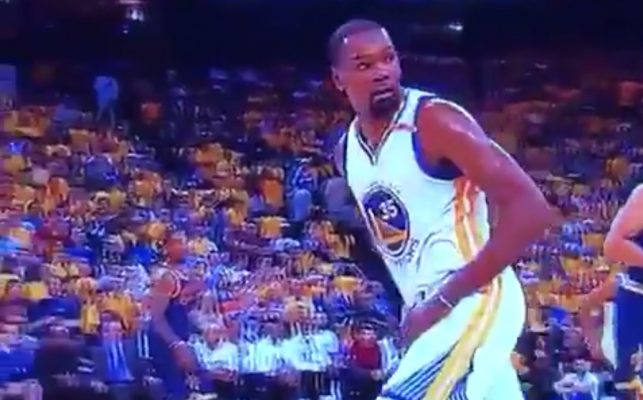 If it wasn’t clear already, award-winning R&B singer Rihanna is a big fan of Cleveland Cavaliers forward LeBron James, and she is not afraid to let people know of her strong allegiance to him.

This applies to Golden State Warriors superstar forward Kevin Durant as well, who probably won’t be listening to Rihanna’s music anytime soon after she taunted him while he shot free throws during Game 1 of Cleveland’s lackluster 113-91 loss to Golden State on Thursday night.

Later on in the game, Durant appeared to stare down the singer after he drained a 3-pointer in the fourth quarter.

Durant vs. Rihanna is the main event. KD drills 3 and stares her down into oblivion ?? pic.twitter.com/NS3TfvINmE

The Cavs will get another crack at it on Sunday night as they look to even up the series in the 2017 NBA Finals.