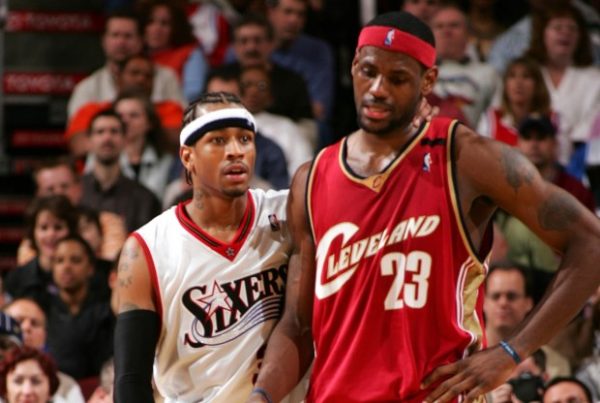 With the juggernaut Golden State Warriors‘ 4-1 series victory over the Cleveland Cavaliers in the 2017 NBA Finals, superstar forward Kevin Durant finally achieved his goal of establishing himself as an NBA champion.

Durant, who recently said he believes Cavs star point guard Kyrie Irving has more skill than Hall of Famer and Philadelphia 76ers great Allen Iverson, stirred up a lot of controversies online amongst basketball fans with his statement.

However, Iverson said he was very happy for Durant when he finally won a championship with the Warriors, which is something “The Answer” was unable to accomplish in his tenures with the 76ers, Denver Nuggets, Detroit Pistons and Memphis Grizzlies.

“I wanted to see Durant win because he ain’t never did it. I love his mama. I love everything he stands for,” Iverson said. “That’s the only reason I was going for Golden State. I wanted Durant to feel what I never got the chance to feel. And they deserve it. I wanted Barkley to feel it. I wanted Ewing to feel it. Because LeBron’s gonna win some more.”

Iverson, the legendary point guard who recently celebrated his 42nd birthday earlier this month, discussed both Durant and LeBron James in a recent video posted on Twitter.

Allen Iverson on Warriors title: 'I wanted Durant to feel what I never got a chance to feel…LeBron's gonna win some more.' (?: @big3) pic.twitter.com/NW2eQzgz6I

Iverson has never been shy about openly expressing his opinions regarding other players and coaches, but it seems like he has all the respect in the world for James and his continuously growing resume.