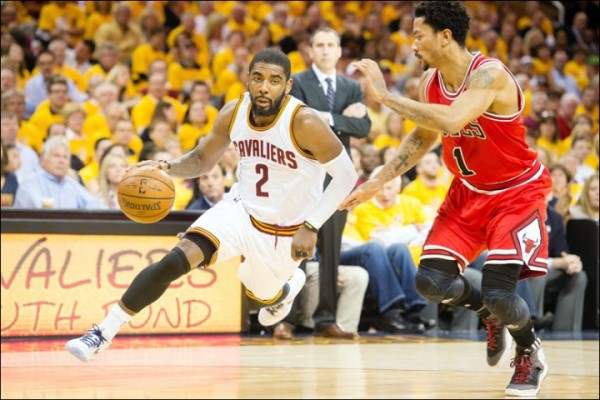 (Cleveland, OH) — The Cleveland Cavaliers (0-1) were dealt their first loss of the postseason in Game 1 of round 2 against the Chicago Bulls (1-0) on Monday night.

The Cavs, without Kevin Love and J.R. Smith, struggled to live up to their regular season offensive numbers, and never led once throughout the game.

“No excuses,” Coach David Blatt said after the loss. “We didn’t start well enough. We didn’t play well enough to win the game.”

The team trotted out some never before seen lineups including starting the rarely used Mike Miller hoping to stretch the floor. Unfortunately that move did little to give the Cavs the boost they needed to start the game.

The Cavs on the other hand struggled to get anything going on the offensive end, only scoring 15 points in the first quarter while shooting 25% from the field.

“We were just a little bit off in a lot of things,” Blatt said regarding the teams overall performance in Game 1. “A lot of little things that were important. We’ve got to turn that around, and make up for that little bit, because that’s the only way for us to beat this team”

Cleveland rebounded in the second quarter — behind the offensive magnificence of Kyrie Irving (14 points, 66% shooting) — to come back from a 16-point deficit and trim the Bulls lead to five to finish the first half.

Defensively, the Cavs continued to struggle to contain the Chicago guards, as Derrick Rose and Kirk Hinrich combined for 14 points in the second quarter. As a team, the Bulls shot 52% from the field through the first half.

Entering the second half, the Cavs were able to tie the game up at 51, but a 10-0 Bulls run fueled by the hot shooting of Rose and forward Pau Gasol gave Chicago some breathing room yet again. The Bulls ran with the hot hand to extend their lead back to double digits again to finish the third.

The home team responded with strong fourth quarter performances from Iman Shumpert, LeBron James, and Irving, but it just wasn’t enough to get the team over the hump as the Bulls finished off the game 99 to 92.

“Game 1 is always a feel-out game,” LeBron told reporters after the game. “We will get better with it. Pau is a great mid-range shooter and we found that out tonight.”

James was particularly upset with his own production after he shot 9-22 from the field, 0-3 from three, and recorded six turnovers.

“I wasn’t that good tonight,” James said about his performance in Game 1.  “I have to play better.”

The whole team must follow suit or this will be a short series.

Game 2 will be played on Wednesday night at Quicken Loans Arena in a must win matchup for the banged up Cavs. See you then.