Video: How LeBron James Got a Fan Ejected in Game 3 of Eastern Conference Finals 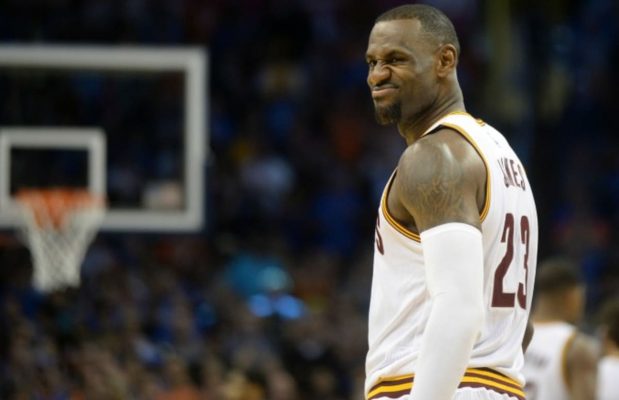 The struggles endured by Cleveland Cavaliers forward LeBron James during Sunday night’s shocking 111-108 loss to the Boston Celtics in Game 3 of the Eastern Conference Finals, extended even beyond the court. The end result was that a heckler targeting James was ejected at Quicken Loans Arena.

Brian Windhorst of ESPN described the encounter during a discussion with colleague Kevin Connors after the conclusion of the game:

James scored just 11 points last night, including just three during the second half. The Cavaliers had held a 77-56 lead with just under seven minutes left in the third quarter, but watched the margin drop to just five by the end of the period. Avery Bradley’s 3-pointer in the closing seconds of the game then proved to be the game-winner for the Celtics.

The series now stands at 2-1 in favor of the Cavaliers, with Game 4 set for Tuesday night at Quicken Loans Arena. Tipoff will be just after 8:30 ET, with Game 5 taking place on Thursday evening.