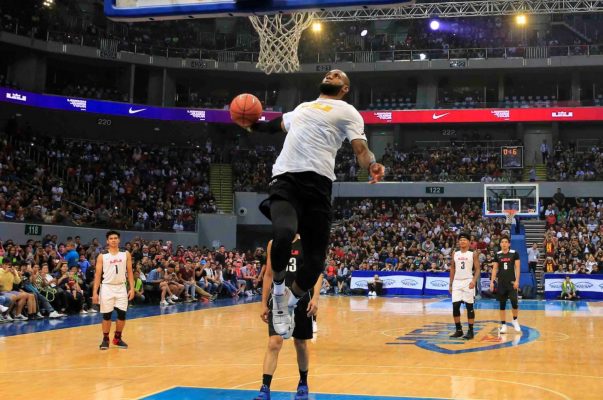 Cleveland Cavaliers superstar LeBron James was seen in Manila, Philippines on Saturday, putting on a show during an exhibition game while thousands of fans cheered him on.

It was James’ third visit to the country in four years, and it would’ve been his fourth visit had his “Battle the Doubt Night” show in 2016 went through.

The four-time MVP unleashed several fast-break dunks to the delight of the crowd as he was on the court for just 10 minutes during the game.

James is scheduled to leave for China on Sunday in the second leg of a promotional tour.