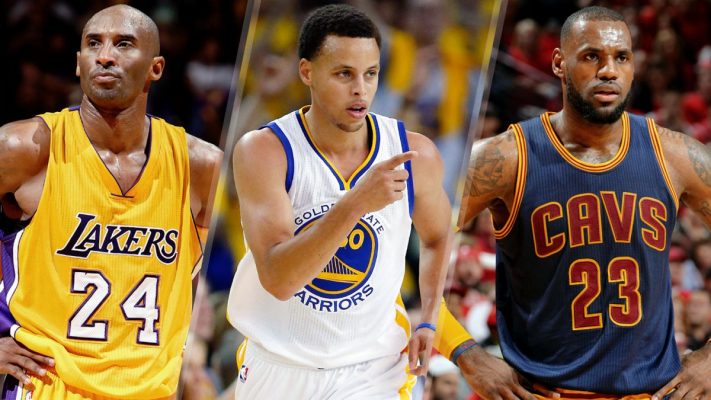 When you think of the word clutch, who typically comes to mind? Most will says Kobe Bryant, Ray Allen, Kevin Durant, Stephen Curry, with very few outside of Cleveland giving credence to the Cavaliers’ own LeBron James.

Well, according to a recent chart created by user ManuGinosebleed on the popular website Reddit, there’s one name in particular who statistically dominates during crunch time.

In the last three seasons during clutch time (last two minutes of a game with a maximum 5-point differential), there are five names that rise above the others: James, Durant, Curry, James Harden, and Dirk Nowitzki. 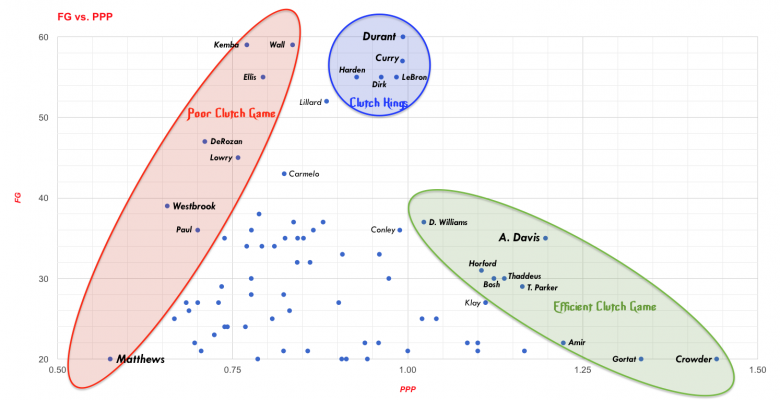 However, when looking at the NBA Playoffs (when the pressure is turned up even more) in the last 15 seasons, there is one name that stands head and shoulders above the rest: LeBron James. 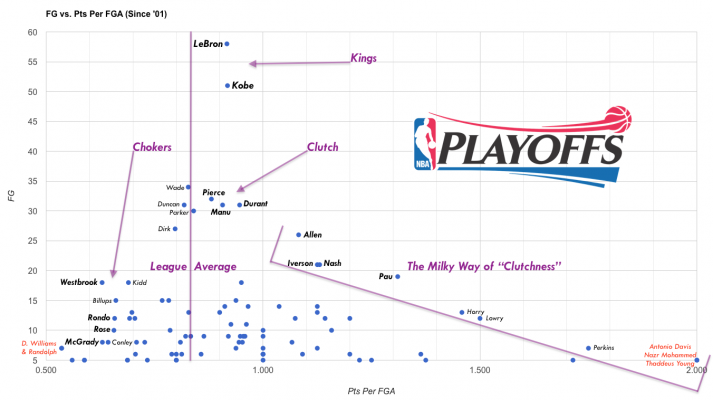 These graphs don’t even take into the account the number of correct passes and game-saving defensive stops that James also seems to frequently imprint in monumental games, so The King’s clutch factor is actually off the charts, literally.

So the next time someone tries to say that James isn’t clutch, simply attribute their ignorance to a poor selective memory.