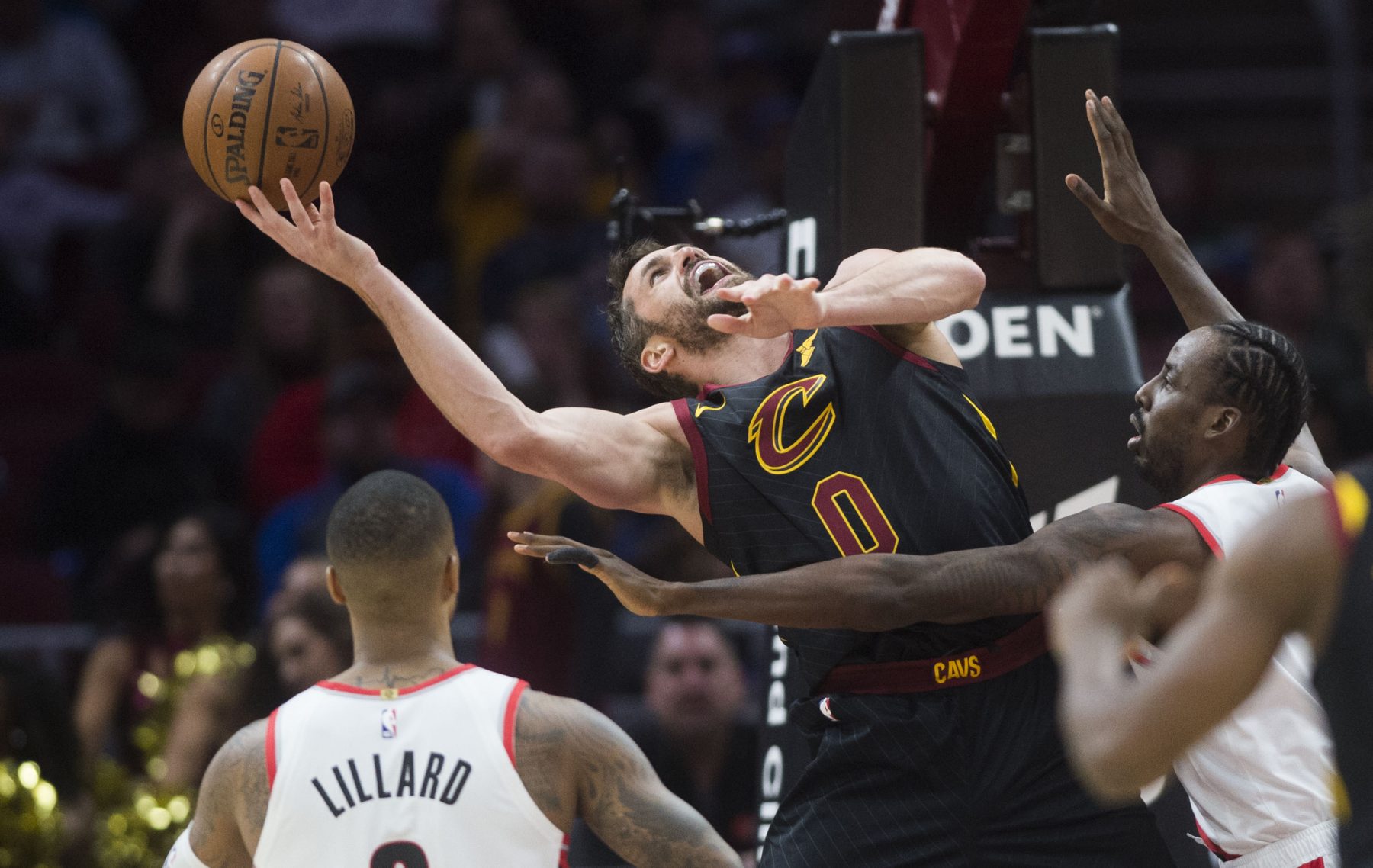 There have already been some murmurs linking current Cleveland Cavaliers star big man Kevin Love to the Portland Trail Blazers.

The Cavs are in full rebuild mode, and the Blazers seem to be one star away from competing for a NBA title.

As their backcourt is already loaded with talent thanks to C.J. McCollum and Damian Lillard, it stands to reason that they would look to bolster the offensive firepower in their frontcourt.

Enter Love, who is a five-time NBA All-Star and an NBA champion. The question is, what could the Blazers offer in return?

“On paper, Love pairs alongside Portland’s star tandem of Damian Lillard and C.J. McCollum much like he would with Westbrook in Oklahoma City,” he wrote. “Plus, playing alongside two willing playmakers would only allow Love’s game to flourish further in Portland. While the trio of would be pretty bad defensively, the return of Blazers big man Jusuf Nurkic along with the recent addition of Kent Bazemore should help cover for them. By adding Love, Portland would easily enter next season as a favorite to win the NBA title.

“But to make that happen, what exactly can the Trail Blazers offer the Cavaliers for Love? The only contract Portland would be willing to offer to match Love’s is Hassan Whiteside’s. Adding Whiteside to a big man rotation that also has Tristan Thompson, John Henson, Ante Zizic and Larry Nance Jr. is tough but could be doable depending on who else Cleveland trades. But it also doesn’t help that Whiteside has earned a reputation as a locker room cancer so to sweeten the deal Portland can include either a young asset in Nassir Little or Gary Trent Jr. and even a 2020 first-round pick.”

The addition of Whiteside would likely be just for the remainder of the 2019-20 season as he is a free agent next summer. It is also unclear how Trent would move the needle for the Cavs. Last season, he averaged 2.7 points per game in 15 appearances.

As for Little, he would offer another bright young talent for the Cavs’ future.

Little is a 6-foot-6 small forward who was the No. 3 player in 2018’s college recruit rankings. A disappointing season at the University of North Carolina allowed the Blazers to get a steal in last month’s draft with the No. 25 overall pick.

Of course a 2020 first-round pick to sweeten the deal would make the potential trade even more attractive for the Cavs.

It’s hard to predict if a deal of this nature will take place. If it does, it will only increase the future assets that the Cavs have in their growing war chest.