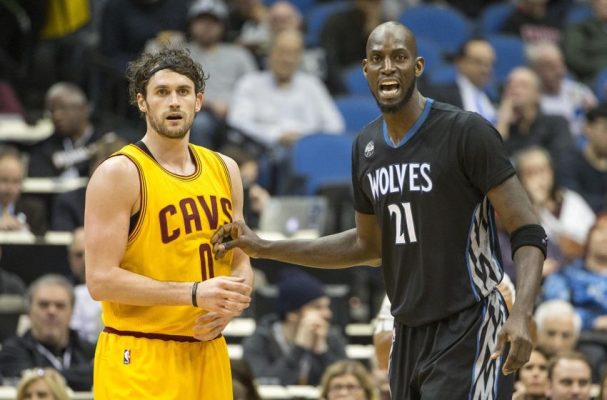 In the quest to find a reserve center after Andrew Bogut went down less than a minute into his tenure with the Cleveland Cavaliers, the team was desperate enough to try and coax future Hall of Famer Kevin Garnett out of retirement.

Cavaliers head coach Tyronn Lue spoke on Tuesday about how he personally reached out to Garnett in the aftermath of Bogut’s injury. Instead, Garnett chose to stay retired and continue his consulting job with both the Los Angeles Clippers and Milwaukee Bucks.

“I was like, ‘Man, you should come back and play for me.’ He was like, ‘Man, you all have a lot going on over there,'” Lue said. “That was before we hit our stride like we’re playing well now. He was like, ‘If you and [James] Posey were still playing, I would come.’ But he said, ‘But y’all are coaching and y’all are going through what you’re going through.’ He said, ‘Ah, I’m going to sit this one out.’ I said, ‘OK. We’ll call you next year.'”

As a result of Garnett’s decision, the Cavaliers ended up signing Larry Sanders, a decision that didn’t work out. That was primarily due to the fact that Sanders hadn’t played in over two years and the Cavaliers didn’t have the luxury of entering the playoffs with someone still getting back into playing shape. After releasing Sanders right before the end of the regular season, they signed center Edy Tavares, who has yet to see any action during Cleveland’s five postseason games.

Lue and Garnett would have renewed acquaintances they had established while in Boston. Lue served as an assistant coach under Doc Rivers with the Boston Celtics from 2009-13 and during that first year, the Celtics reached Game 7 of the NBA Finals, but lost to the Los Angeles Lakers. Garnett played for the team from 2007-13.