J.R. Smith Addresses His Status for Game 3 vs. Indiana Pacers 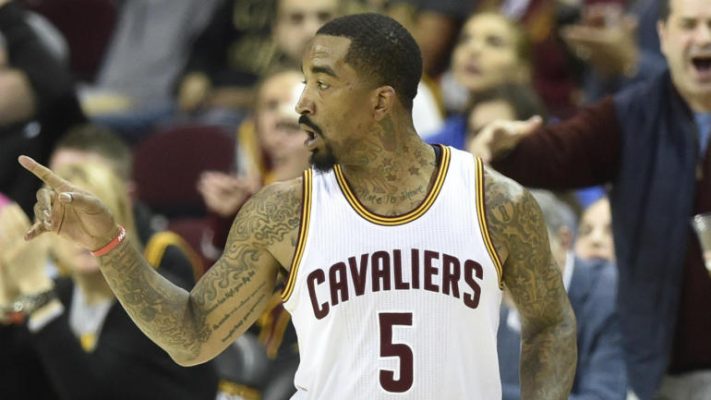 Injuries have been a continuing part of the Cleveland Cavaliers‘ storyline this season, with guard J.R. Smith being the latest chapter. Smith was forced from Monday night’s game against the Indiana Pacers with a left hamstring injury, but is hopeful of playing when the Eastern Conference quarterfinal series resumes on Thursday night.

Smith, who had missed nearly three months with a fractured thumb earlier this year, was willing to re-enter the Game 2 clash, but the Cavaliers’ training staff rejected that idea. That decision was made even though no MRI was required.

Despite Smith’s absence, the Cavaliers were able to outscore the Pacers by 13 points during the third quarter to take a 96-78 lead into the final period. That cushion was needed when the Pacers forged a strong comeback that ultimately came up short.

Even though Smith expressed frustration with the decision, he was appreciative of the effort by his replacement, Iman Shumpert, who saw his first action of the series.

“He did a helluva job on the defensive end, came in and made a big shot for us,” Smith said. “He did what he was supposed to do.”

If Smith is unable to go on Thursday night, his next chance to take the court will come in Sunday’s Game 4 clash. Both of those contests will take place on the Pacers’ home court.