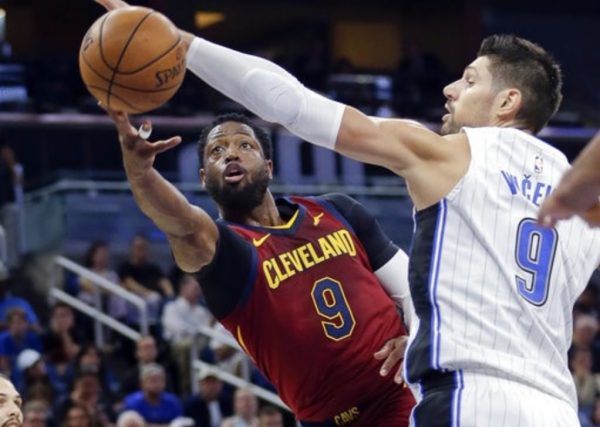 (Orlando, FL) — Fueled by a strong third-quarter run, the Cleveland Cavaliers concluded their preseason with a 113-106 victory against the Orlando Magic at Amway Center on Friday night. The win was the first and only one of the preseason for the Cavs, who finished the exhibition portion of the season with a 1-4 mark.

Orlando had held a three-point halftime lead and maintained control in the first four minutes of the third quarter, doubling its lead to six at 68-62. The Cavs then put together a 16-2 surge to hold a 78-70 advantage, though the Magic chipped away at that margin. By the time the quarter ended, however, Cleveland built the lead to 10 points at 90-80, the last six coming in the final 30 seconds on a pair of long-range shots from reserve point guard Jose Calderon. That margin helped offer some cushion when Orlando attempted what ultimately became an ill-fated comeback in the final period, with the margin never dipping below five points.

In the contest, the Cavaliers were without LeBron James, who sat out the game to rest his ailing ankle. They also held out Kevin Love, who’ll begin the regular season next week in a new position with the Cavaliers as the team’s starting center.

Orlando maintained the early edge, taking a 15-9 lead, but the Cavaliers ran off 10 straight points. By the time the horn sounded to end the first quarter, the Cavs held a slim 31-30 lead, aided by a combined 20 points from newcomers Dwyane Wade (11) and Derrick Rose (9).

Before the second half resumed, Cavs assistant coach Larry Drew spoke about how staying healthy and assessing some players who haven’t seen much action in the preseason were the main areas of focus in the second half.

Calderon led the Cavs on the night with 18 points and added five assists, while Wade closed out with 15 points and Kyle Korver tossed in 11 off the bench. On the rebounding front, Channing Frye reached double digits with 10 boards for the evening, while Jeff Green continued his strong preseason by adding five rebounds, four assists and three steals to his eight points. Rounding out the team’s double-digit scorers was newcomer Ante Zizic with 10 points.

Prior to the game, the Cavaliers dealt veteran forward Richard Jefferson and second-year point guard Kay Felder to the Atlanta Hawks and added other considerations in exchange for the rights to a pair of players currently playing in international leagues. The expected move will eliminate an issue in regard to the team having too many guaranteed contracts to fit within the 15-player limit that has to be reached by Monday.

Cavs head coach Tyronn Lue spoke about the difficulty in having had to make such a trade.

“It’s a tough situation,” Lue said. “These are the hard times of being a coach. Of having to deal with situations like this. It’s definitely tough and just trying to figure it out.”

Next Tuesday night, the Cavaliers will begin the 2017-18 NBA season with a home game against the Boston Celtics and former Cavaliers point guard Kyrie Irving. That game will be broadcast nationally on TNT and tip off just after 8 p.m. ET.