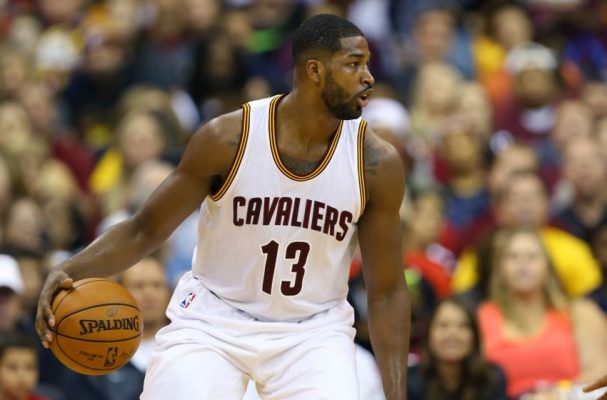 When the Cleveland Cavaliers headed to Boston for Wednesday night’s game against the Celtics, center Tristan Thompson wasn’t traveling with the team. That’s because he is expected to have an MRI on his thumb after injuring it during the team’s Tuesday night win against the Orlando Magic.

Tristan Thompson did not travel to Boston & will have MRI on his thumb after hurting it last night, sources said. X-rays were negative.

Thompson has been the most durable member of the Cavaliers, having played in 447 consecutive games. However, that durability has been tested in recent months with Thompson suffering a dislocated finger in January and nearly getting his front teeth knocked out last month.

The Cavaliers already have little depth behind Thompson, so they can’t afford to lose him for any stretch of time, especially with the postseason just a few weeks away.