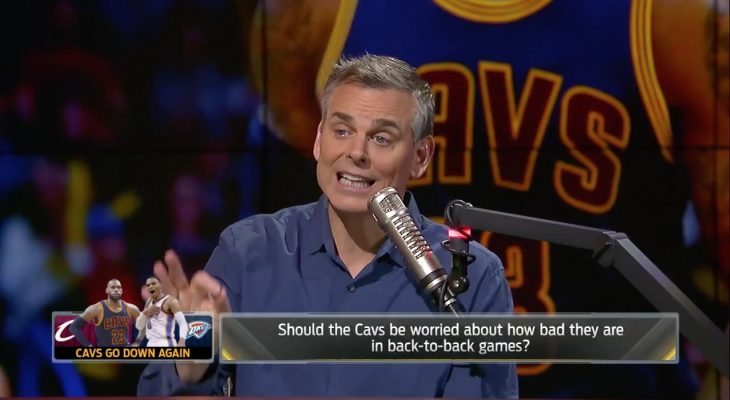 Thursday night’s loss to the Oklahoma City Thunder dropped the Cleveland Cavaliers’ road record in the second game of back-to-back contests to 0-7 on the season. Despite those struggles, Fox Sports’ Colin Cowherd still considers them the team that will end up raising the Larry O’Brien Trophy in June.

Cowherd made the remarks during his Friday broadcast on “The Herd,” citing how the team is intent on saving its energy for the tough postseason run that begins in April.

“For the record, the Cavs are 0-7 on the road of the second night of back-to-backs. What does that tell you? It tells you if they ever do give a better effort, it’s at least for their home fans. But if they’re on the road, second game of a back-to-back, as the defending champs, they haven’t won a game this year. They’re 0-7, worst in the league. They’ll play a little harder at home because it’s the home fans.

“God, this is so obvious. So don’t fall in love with winning streaks. Don’t get caught up in seeding. Everything Cleveland’s doing offensively, they’re going to be fine. And they’ll also flip a switch defensively once we get to the Finals.

“This is why I say Cleveland’s going to win the championship. What’s happening right now is just an effort thing. It’ll be fine in June.”

The Cavs are currently 36-16, which is currently the best record in the Eastern Conference by 2.5 games. They have three more games to play until they reach the start of next week’s All-Star break.