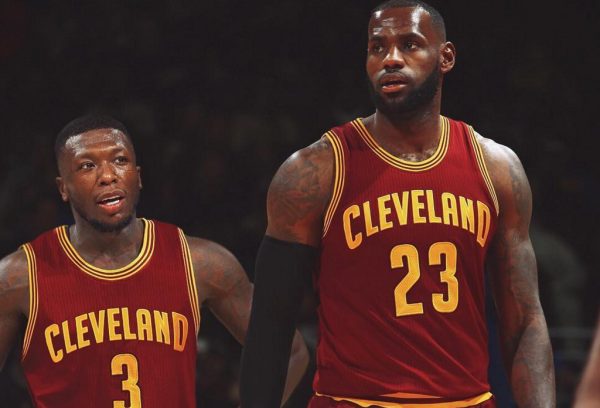 The continuing troubles the Cleveland Cavaliers are having, with respect to the absence of an experienced backup point guard behind Kyrie Irving, were once again put on display during their Monday night loss to the Golden State Warriors. One currently available veteran free agent appears to be ready to help the team in that effort, yet is at a loss as to why the team hasn’t gotten ahold of him.

Nate Robinson, who will turn 33 at the end of May, has 11 years of NBA experience to offer the Cavaliers. Five of those seasons came as a member of the New York Knicks, however, he’s only played in two games for the New Orleans Hornets since the start of the 2015-16 season.

Despite that extended period of time away from the game, Robinson fully believes he can help solve Cleveland’s problem. He gave an interview last month to the online magazine, Hypebeast, on a variety of basketball-related topics, including one regarding the Cavs and their seemingly disinterest in Robinson.

“Yeah, I don’t understand why they wouldn’t hit me up. I don’t know why they don’t like me, man. I’m the most hated,” Robinson said.

When asked to elaborate on that claim, Robinson compared himself to a current player.

“Most hated like Nick Young, man. He has his clothing line, Most Hated, and I need to be the face of that,” Robinson said. “Tell Swaggy P. I’m the most hated, and I don’t know how I got that rap.”

Some may wonder about the meaning behind Robinson’s cryptic comment, though it may have to do with the fact that he hasn’t been offered a contract since that brief stint in New Orleans.

Ironically, right now the only other true point guard the Cavaliers have is another 5-foot-9 player in rookie Kay Felder. However, Felder is still developing his talents and the Cavs need someone who would be able to provide an immediate impact. Whether or not Cavs general manager David Griffin decides to contact Robinson remains to be seen.