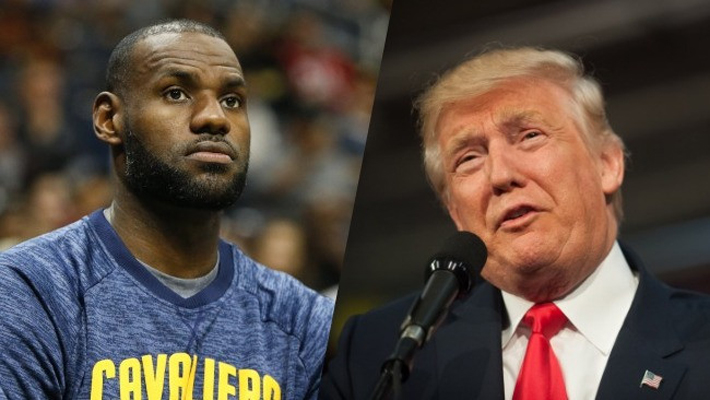 After LeBron James and a number of his Cleveland Cavaliers teammates chose not to stay at a hotel owned by President-elect Donald Trump, the controversial move resulted in James taking the time to explain his position after this morning’s shootaround.

James, who endorsed Trump’s Democratic opponent, Hillary Clinton, in last month’s election, explained that his decision was just a matter of personal preference.

The original hotel, located in the SoHo district, was chosen because of its ability to guarantee rooms next spring should the Cavaliers face either the New York Knicks or Brooklyn Nets during the postseason.

James’ hotel, which is also where roughly half the team is staying, marks the first time in his career that he hasn’t stayed with his full squad. While his new hotel wasn’t disclosed, it’s close enough that all members of the team will be able to travel together for both shootaround and Wednesday night’s contest against the Knicks at Madison Square Garden.

“I rode the bus like I do every (shootaround), like what I’ve done for 14 straight years,” James said. “With my teammates, coaching staff and everybody else that travels with us.”

James’ head coach Tyronn Lue is staying at the Trump SoHo hotel, but had no problem with the unique situation.

“Is it odd? I mean, it’s not normal,” Lue said. “But considering the circumstances, that’s what we have. That’s not my main objective. My main thing is just trying to get this team to stay on track and playing the right way and trying to get back to playing Cleveland Cavaliers basketball.”