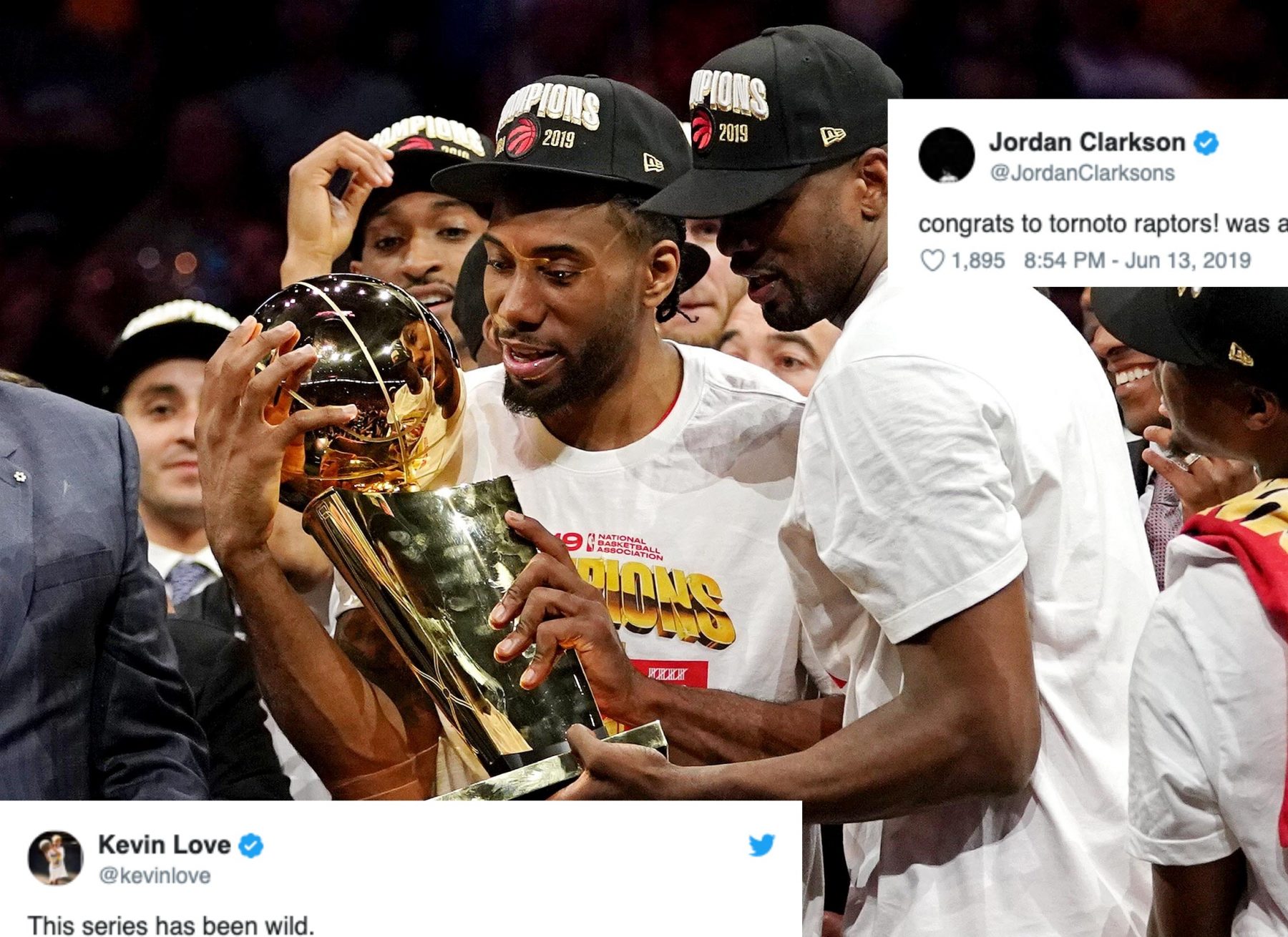 The Raptors, their fans, and all of Canada celebrated Toronto’s victory as soon as the final buzzer sounded. Many of the league’s players took to Twitter to congratulate the champions and to express their thoughts on the season, including players on the Cleveland Cavaliers.

Tristan Thompson, Cleveland’s center and a big reason for the Cavs’ own title run in 2016, seemed to enjoy the season’s final game.

Five-time All-Star Kevin Love was probably just as surprised as his teammate at the turn of events. The road team won five straight games in what was one of the more unpredictable Finals series in a long while.

This series has been wild.

Meanwhile, Channing Frye was his usual funny self when he observed the Raptors players’ reactions as they celebrated the win.

He also made sure to congratulate every player who participated in the playoffs.

This is the most chill under-emotional championship celebration ever! Haven’t seen a year yet lol

This has been a amazing Nba playoffs. Shout out to all the players for making these months spectacular!

For Jordan Clarkson, it was not only an opportunity to congratulate the champs, but also his former teammate, Jeremy Lin. The two played together in the 2014-15 season as a member of the Los Angeles Lakers.

congrats to tornoto raptors! was a great finals!

jlin a champion congrats my guy!!!

Game 6 of the Finals was truly a memorable one, capping off another great season for the NBA.