Cleveland Cavaliers vs. Brooklyn Nets Game Recap: Back on Track 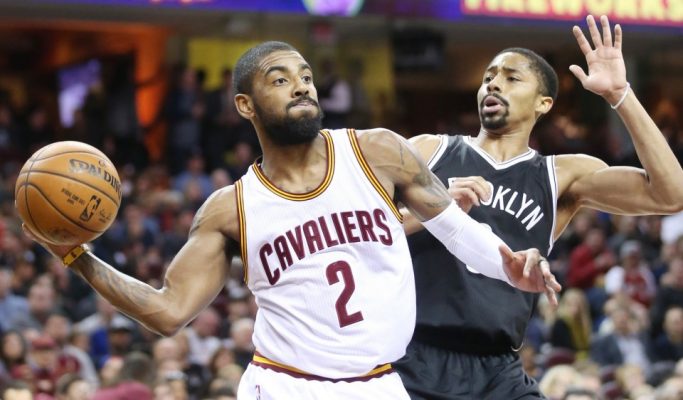 (Cleveland, OH) – A combination of 38 second-half points from LeBron James and Kyrie Irving woke the Cleveland Cavaliers up and help put an end to their three-game losing streak as they came away with a 124-116 win over the Brooklyn Nets at Quicken Loans Arena on Friday night.

Irving had eight points at halftime before erupting for 20 in the third quarter. That helped turn an eight-point advantage into a 21-point lead by the end of the quarter. James also added 10 points to the cause before then adding eight more during the fourth quarter.

“I had it going in the third quarter. I was taking advantage of things I had seen during the first half,” Irving said. “When LeBron’s out of the game, it’s my added responsibility to get everyone more involved in the game.”

During the last five minutes of the third, Cleveland had held an 86-63 lead with 4:45 left in the period. At that point, the Nets ran off 10 straight points before the Cavs followed with eight unanswered points to close out the period, holding a 94-73 lead.

“We just came out with intensity after the break because we knew they were short-handed,” James said. “The approach for us has to come from within. We’ve got 14 guys in the locker room who mentally, physically prepare themselves to go out and play, and the coaching staff is going to put us in the best possible chance to win. We just have to continue to get better.”

Brooklyn was able to reduce the final margin in the closing moments of the contest, but never threatened to get back into the game prior to Cleveland head coach Tyronn Lue emptying his bench.

“We got some stops early and we were able to get back in transition,” Lue said about the third-quarter effort. “[Kyrie] was able to come off the pick-and-rolls to put up some threes and later get some drives to the basket. When LeBron came out, he got aggressive.”

James led all scorers and picked up a double-double by scoring 31, handing out 11 assists and grabbing five rebounds. Irving followed with his 28, adding six assists and four rebounds, while Kyle Korver came off the bench to score 14 points to go over 10,000 points for his career.

“LeBron really set the tone and got everyone involved,”  Kevin Love said.

The only other Cavaliers to score in double figures were Love and Tristan Thompson, each of whom notched a double-double. Love finished with 13 points and 14 rebounds, while Thompson collected 10 points and 10 boards.

“I’m happy that we’re going through this right now in January,” James said. “That’s frustrating at times (because) no one wants to lose, but it lets us know that we have a lot of work to do.”

For much of the first half, the Cavaliers continued to have problems taking control of the game. One of the issues from Wednesday night’s game again resurfaced during this stretch as the Cavs managed to connect on only 5-of-11 from the charity stripe. However, they managed to connect on 8-of-9 attempts after intermission.

“You get a win when you can get it,” Lue said. “They (Brooklyn) came out and played hard and I thought in the third quarter, we took control of the game. That’s one win, we just have to continue building on this one.”

The challenge for the Cavaliers will be much tougher on Sunday afternoon, when they host the Oklahoma City Thunder. That game will be nationally televised on ABC and will tip off just after 3:30 p.m.