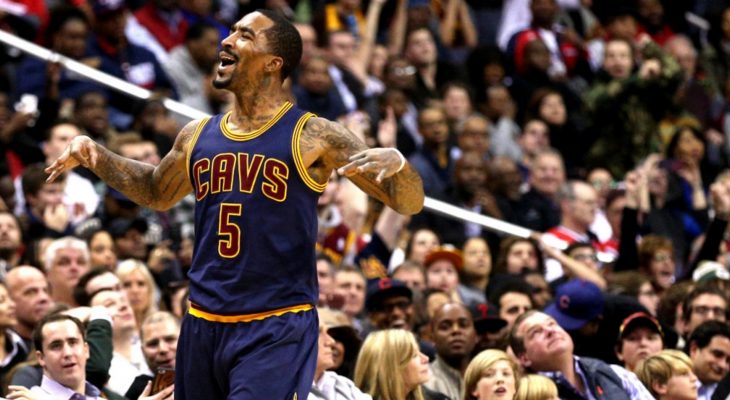 If you haven’t heard, shooting guard J.R. Smith re-signed with the Cleveland Cavaliers on Friday to the tune of $57 million over the course of four years.

In the end, Smith and his agent Rich Paul got close to what they wanted, and got a deal faster than they had expected due to an outside factor, according to Marc Stein of ESPN.

Stein reports that Philadelphia 76ers general manager Bryan Colangelo had “pushed hard” for Smith, ultimately causing the Cavs to end the contract stalls and give Smith what he wanted.

ESPN sources say a hard push from Sixers GM Bryan Colangelo for J.R. Smith helped sparked Friday's talks with the Cavs to get a deal done

The 31-year-old Smith returns as a key component of a Cavs team looking to start the defense of its NBA title on Oct. 25 against the New York Knicks.