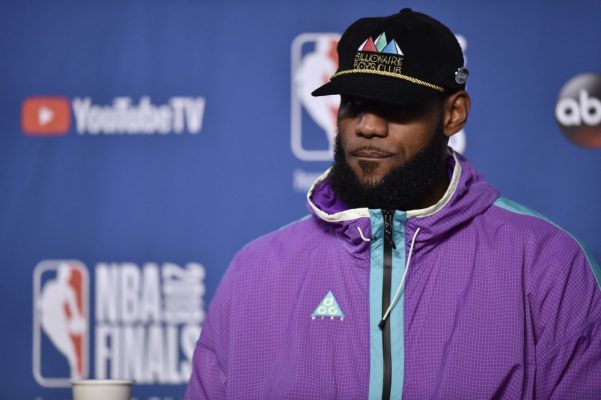 While LeBron James‘ primary rivals in the 2018 NBA Finals are all on the court playing for the Golden State Warriors, there’s a budding rivalry for the four-time MVP off the court as well.

Following Game 1 of the series, James walked away from the podium in disgust after ESPN’s Mark Schwarz asked about J.R. Smith‘s late-game blunder to the point that it forced James to abruptly end the press conference and walk off the stage.

After Wednesday night’s equally disappointing loss in Game 3, Schwarz once again picked at James, causing him to fire back with a question of his own.

“I actually think you should be like a psychiatrist,” James replied. “You want to just keep trying to get inside somebody’s mind. That’s your whole thing, Mark? What’s in my mind? Miss it so we can get the rebound.”

Schwarz tried to follow up on his initial question, but James quickly dismissed it with a chuckle and a simple “no.” James is not known to be curt with members of the press so it was quite apparent that he was really not amused by Schwarz style of questioning.

There’s no doubt that after losing both Games 1 and 3, which were very much within reach by the final minutes, James’ patience has worn thin. It will be interesting to see what kind of questions Schwarz has for the three-time NBA champ following a must-win Game 4 on Friday night.