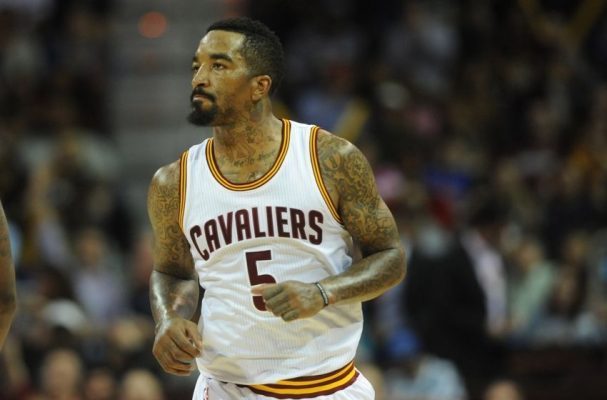 With the clock continuing to tick towards the start of the regular season, the Cleveland Cavaliers’ contract negotiations with free agent shooting guard J.R. Smith continue to stall, with seemingly no end in sight.

Sam Amico of AmicoHoops.net indicated that the Cavaliers appear to be digging in their heels for what could be a lengthy dispute. While Smith seemingly hasn’t budged from his target salary of $15 million per season, the Cavs also don’t appear inclined to budge, considering the salary cap penalties involved.

Cleveland has reportedly offered Smith $10 or $11 million per season. Since they’re already $3 million over the cap, giving in to Smith would increase their luxury tax penalties to roughly $20 million.

The reason for the team’s hard line is that no other team has expressed interest. Amico noted that teams either don’t have that kind of money available or simply aren’t interested in signing the 31-year-old Smith.

Last Friday, LeBron James expressed frustration at the slow pace of negotiations and is likely no happier today. He and Tristan Thompson, like Smith are represented by Rich Paul, with Thompson giving a brief update on Smith.