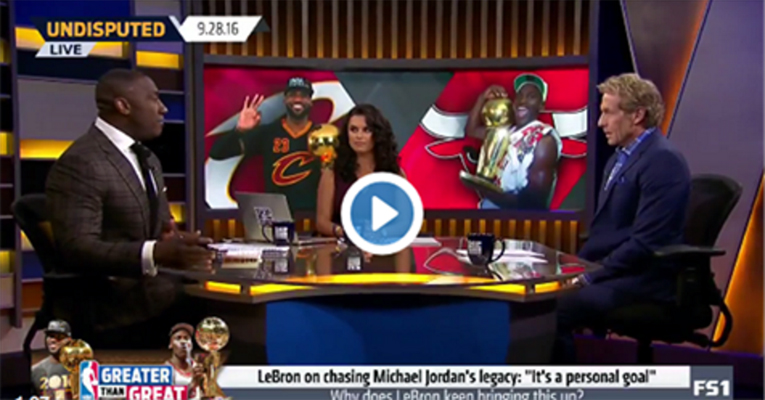 The LeBron James vs. Michael Jordan debate has been turned up a notch as of late with James’ recent comments about wanting to surpass the Chicago Bulls legend by the end of his career.

Sharpe made a case for Jordan being the better scorer and having more of a killer instinct than James, but ultimately went on to say that there was no way that Jordan was an all-around better player than James.

Per usual, Bayless made his derogatory remarks towards James, but surprisingly ended up conceding the point that James is indeed the better all-around player.

“I got that. And I’ll always say LeBron’s still the best passer in all of basketball, I give you all around,” Bayless says in response to Sharpe.